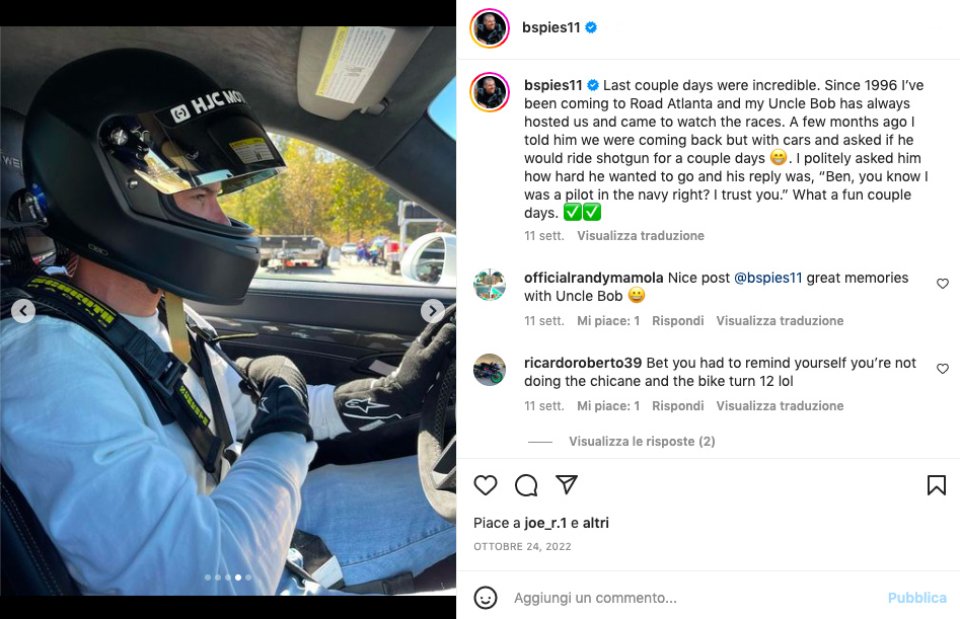 The list of MotoGP stars of the recent past who have decided to try their hand at the wheel in an attempt to experience the adrenaline rush they evidently sorely lack continues to lengthen. After Rossi, Pedrosa and Lorenzo (with even Stoner's sporadic episodes on the mighty V8s in Australia) now it is Ben Spies' turn. Indeed, the Texas Terror has experienced what kind of thrills a Porsche 997 Cup can give on the Road Atlanta track and apparently he has not been indifferent at all.

For now it was just a test, but apparently Spies has definitely taken a liking to it, and looking at these videos, he doesn't seem at all lacking in talent to think about trying his hand at racing behind the wheel as well. For the series 'pilots, what a crowd!'

"I'm hooked! First day in the 997.2 cup car and it was a blast! Being in a true race car was the first time I’ve felt that feeling since being off the bike. Now I must rob bank to pay for this hobby! Last couple days were incredible. Since 1996 I’ve been coming to Road Atlanta and my Uncle Bob has always hosted us and came to watch the races. A few months ago I told him we were coming back but with cars and asked if he would ride shotgun for a couple days . I politely asked him how hard he wanted to go and his reply was, “Ben, you know I was a pilot in the navy right? I trust you.” What a fun couple days".