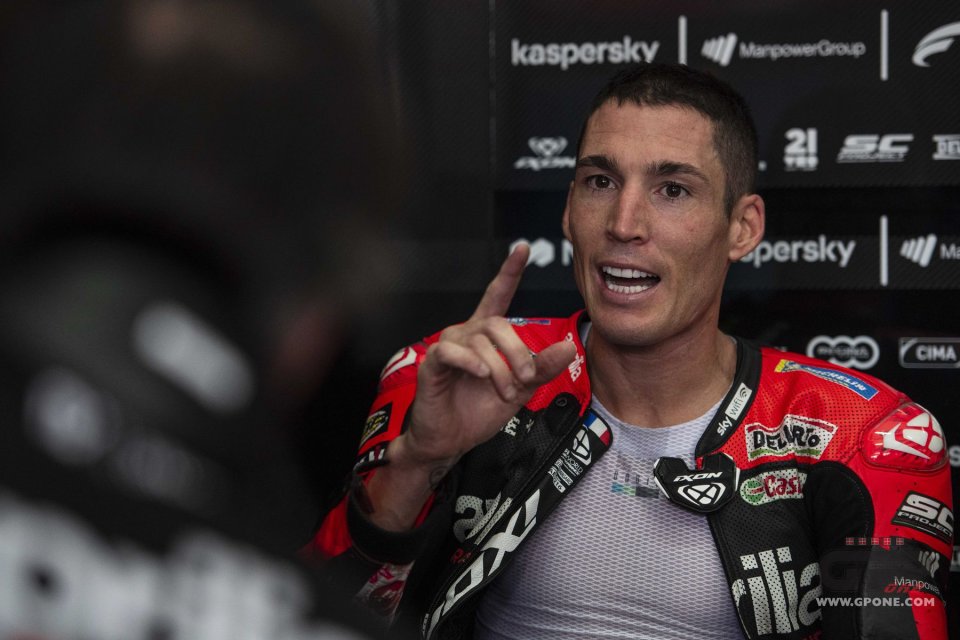 In Sepang, Aleix Espargarò had to abandon the dream he’s been nurturing this entire season: being able to go toValencia and win Aprilia’s first and historic title in the MotoGP. But his dream was shattered in the last four races, during which he and his RS-GP were almost never competitive, as they had managed to be for most of 2022. Aleix wasn’t explosive on the track, as he’s often been in the past, or like he is with his statements, when things aren’t going in the right direction.

At the end of the race, Aleix Espargarò wanted to see the glass half full, taking on the role of team captain 100%, in an attempt to understand what happened in this season finale and for the future. All in all, there’s still a third place in the rider’s world championship at stake, with Enea Bastianini who is only one length away from Aleix in the standings. Both are destined to gamble everything at the Ricardo Tormo.

“I felt bad today, but I’m proud of everyone in Aprilia. Of myself, of the team, of all those in Noale,” Aleix said. “What we’ve done this year will still go down in history. The way we’re finishing this season is a bit sad. If we had maintained our usual level in the last four races, we would’ve arrived in Valencia with the chance to fight for the title, but we’re losing without explanation. I hope that it’ll at least serve as a lesson for the future.”

What happened today?
“I don't know. We were slow today on the straight. We were slow, in general. I didn’t even have traction exiting the corners from the first lap. Believe me, I gave it my all by pushing like crazy from the first lap to the last lap, because I knew that every single point would be important for a third place in the world championship. But it wasn’t enough. I was slow, and all last four races were a nightmare.”

You realized there’s been a problem with the bike. You and Maverick have been having problems lately.
“We’re trying to figure out what’s going on. I don’t know. I’m convinced that this is an entirely technical problem. Both Maverick and I have the same problems, and it’s impossible, if I think that we were always on the podium in Europe. If it wasn’t me, it was Maverick. After Barcelona, at least one Aprilia has always been on the podium, and now we weren’t even close to the top ten. It’s crazy. I don’t know where our problems come from. We don’t have mechanical grip, power. We need to check things out, in order to understand what happened, and it’s essential for the future, but also for finishing well in Valencia, because I want to end the season at the top.”

Couldn’t you do better than a 10th place today?
“When I went wide in the second lap, I had no grip, then I tried to recuperate, but it was really hard to  overtake today and, when I got behind Zarco, it was impossible to pass him.”

What do you think of Morbidelli’s behavior today. There was contact between you.
“I don’t really know what Franco is up to this year. I don’t know if he’s here or if his head is on another planet. They gave him sanctions at almost every Grand Prix, and he keeps doing stupid things. I don’t know what to think. He hit me twice in Thailand, and we were fighting for the eleventh place. Here, he hit me really hard, and I don’t know how he didn’t fall. They gave him a three-second penalty, and that’s good because that’s how I recuperated an important point for the rankings. But, even if he's sanctioned, he doesn’t learn. That’s absurd.”

A piece of history in the garage: Colin Edwards’ MotoGP CRT up for auction