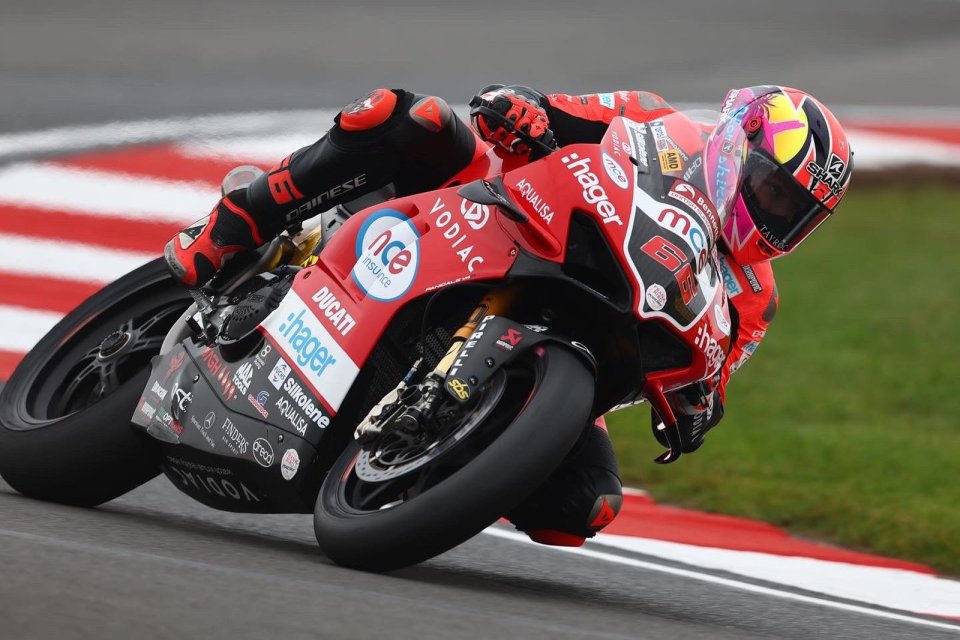 Before this weekend he was the worst Ducati rider with a sad thirteenth place in the championship, in nine rounds he had picked up a miserable 120 points and a mediocre sixth place as best result. Excluded from the end-of-season playoffs and now close to returning to the World Championship from 2023, Tom Sykes wanted to make his mark at the end of his experience on his return to BSB for Paul Bird’s MCE Ducati Racing Team. On the friendly Donington Park track, "The Grinner" clinched his first win of the year at the end of the eBay Sprint Race of the second act of the Showdown, with Bradley Ray (Rich Energy OMG Racing Yamaha) fourth and heading towards the 2022 title.

Look who’s back! On the track where for five years he monopolized the World Superbike scene, the 2013 world champion has finally found his famous grin again. Rocketing away from the third grid slot and able to gain a second over his rivals, Tom Sykes was smart in managing the grip of the softer Pirelli tyres, historically his weak point. Probably helped by a shorter race distance than the two scheduled for tomorrow (15 laps against 20), he was the ninth different winner of the season, scoring his first win on the Panigale V4-R as well as the sixth of his career in his homeland, where he had not been on the top step of the podium since 2010.

For Tom Sykes an impeccable performance, which partially salvages the balance of a season until yesterday rather short on satisfaction. At the end of the race he had to hold off the attacks from poleman Jason O’Halloran, the only McAMS Yamaha rider present due to the forced absence of Tarran Mackenzie with a fractured femur. Taken out on two separate occasions in the previous round at Oulton Park, today the 2020 runner-up was able to recover from a not particularly good start, finishing second ahead of veteran Peter Hickman, the second podium of the season on the FHO Racing BMW and his personal 400th career race in BSB.

Ray hands on the title

Jason O’Halloran and Peter Hickman in the final laps got the edge on championship leader Bradley Ray, for long periods in second place. Although off the podium for the second consecutive race, Ray found a way to consolidate his leadership considering the difficulties of the other title contenders: Tommy Bridewell did not go any better than eighth, Lee Jackson finished sixth and Glenn Irwin fifth. Five races from the end of the season he now has a 45-point advantage over his closest rival and is moving closer to the 2022 title. 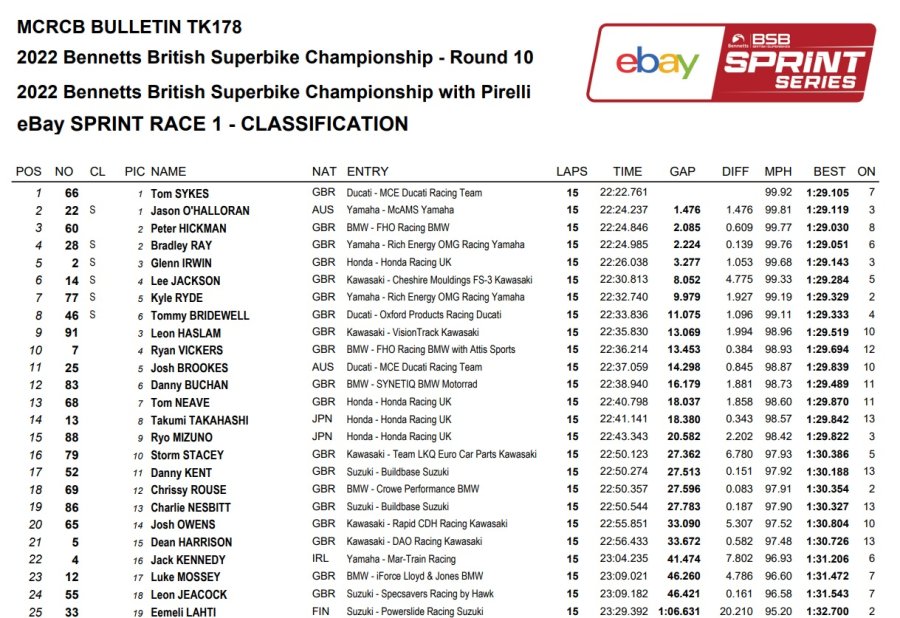