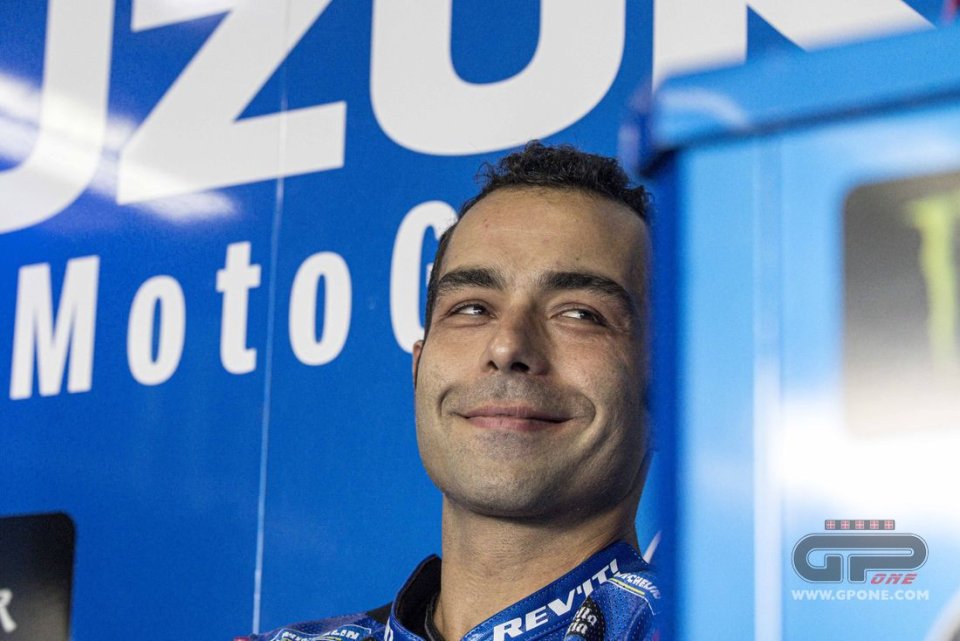 Want to make a rider happy? Give him a way to enjoy riding and you will see his eyes turn into those of a child on Christmas Day morning. This is what happened today to Danilo Petrucci at Buriram. After leaving KTM last year, he would never have imagined returning to MotoGP, instead he did just that and with Suzuki: a bike he has fallen in love with.

"If I had ridden this bike last year I would not have left MotoGP because I’m having a lot of fun riding it - he said with a smile - I was surprised at the beginning, I was obviously slower than the other riders, but not that far. It's my first Japanese bike, the riding position and ergonomics are very different. Too bad I don't have a lot of money, otherwise I would buy it. I did it with the Dakar bike, it cost only 15,000 euros, I think this is a bit more" joked Petrux, as he always does, but in his words there is more than a grain of truth.

So everything was fine?

“I am at the same time very happy and angry because I made a mistake on my fastest lap. I was in a nice group of riders, first I took two yellow flags and then I made a mistake. I'm happy anyway because I managed to lap within a second of the pace of the best, I expected a little better but it's only the first day and the bike is very different from what I was used to, not only the Ducati but also the KTM ".

How is it different?

“It's incredible how much speed you can carry in the middle of the corner and it's something I have to understand: I always seem to arrive too fast, but then I manage to keep the line. I always try to brake as hard as possible, but that's not the way this bike wants to be ridden ”.

A period of adaptation is normal, having not ridden it before ...

“I just missed out on the flying lap, this morning I was very happy not to be last and in the afternoon I thought I could be just over a second from the best time, but I still struggle in the first sector, where there are the most demanding braking points. Where you need to be fluid, the bike is simply incredible: you have a lot of lean and cornering speed. For sure I need to get to know the bike and the team me, compared to the other riders I am different in weight and size ”.

Is everything better than expected?

“I was scared and curious before today, now I'm happy because I thought I would be slower. When I saw that it wasn't raining this morning, I wondered if I would qualify ... in the end I'm not even 2 seconds behind the best, it's more or less the position I had when I left MotoGP last year (laughs) . But I think this bike has the potential to be ahead ”.

How much do you need to change your riding style?

“I was used to edging the corners, braking hard and accelerating early, but it doesn't work with this bike. I'm used to getting the bike up as soon as I hit the gas, but with the Suzuki you can stay at the maximum lean angle and close to the curb having great speed in the middle of the corner. It's something I've never tried before and I have to get used to it. I wasn't able to put together a good lap, but in the first two sectors, where there are the straights, I'm 7 tenths from Rins and 3 in the last two, where there are more corners. I still have to figure out how to brake, but this weekend I am one of the happiest men in the world ”.

Suzuki says goodbye to MotoGP, and the paddock responds with a choral embrace