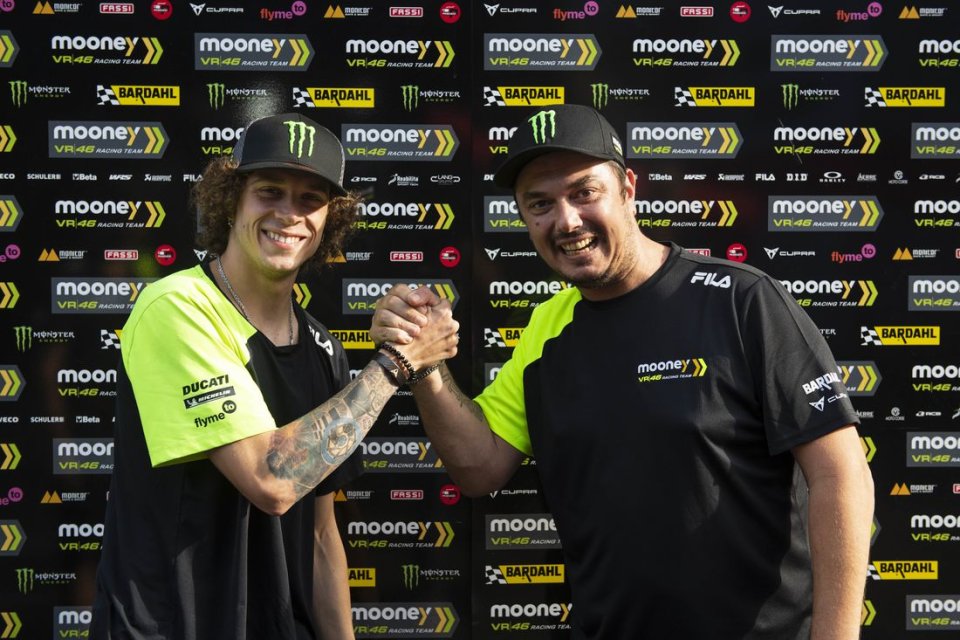 Many have been wondering when the VR46 team would announce Marco Bezzecchi’s reconfirmation for next year. They did it today with a fun video (see below), but there’s really nothing, because the rider from Rimini had already been clear about his future for almost a year.

The contract he had signed was, in fact a two-year one, so nothing will change for 2023.

“I’m really happy to be able to both confirm and announce that the contract I signed last fall was structured over two seasons and that, in 2023, I’ll be continuing to race for the Mooney VR46 Racing Team with a Ducati,” Bezzecchi revealed, “I’m very proud to be able to wear and represent the colors of the VR46 family, Vale, and the VR46 Riders Academy. They’ve always supported me, along with all the team and personal partners. We started with an entirely new work team. Rookies in every way, with many technicians from the Moto2, others with new roles, and we’re satisfied with what has been done so far this season. We stay focused on 2022. We’re ending this first year in the MotoGP at its best before facing the new season.”

Now all that's left is for Luca Marini to (unsurprisingly) announce that he’ll be joining Marco as his teammate.