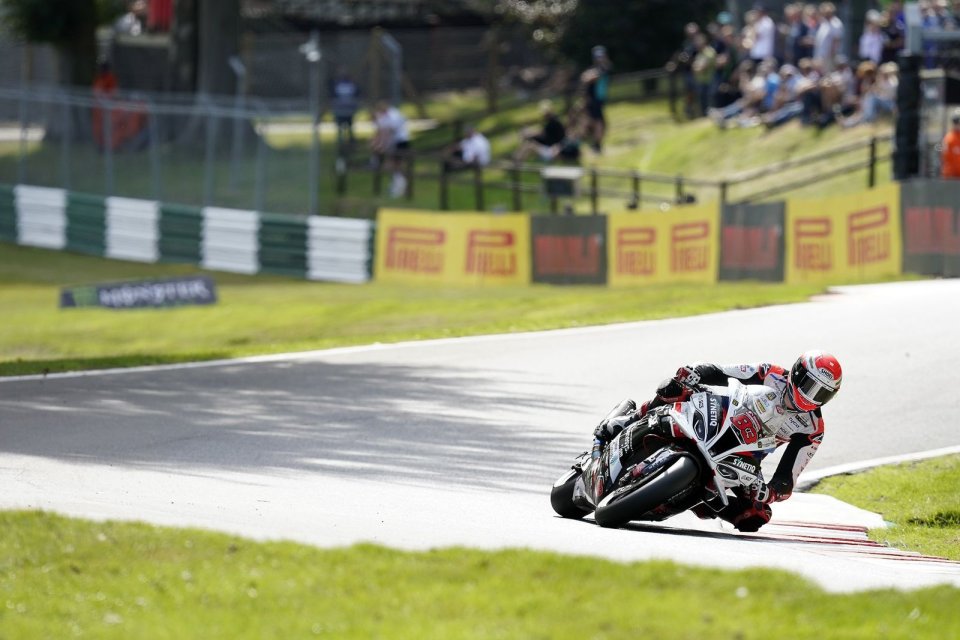 The British Superbike Summer Bank Holiday Weekend on the iconic Cadwell Park track ended with exactly the same script as Race 2. In an absolute state of grace after returning to the top step of the podium one year after and giving the BMW and the SYNETIQ by TAS team the first victory of the season, an insatiable Danny Buchan also did the same in the third and last race of the seventh round to the detriment of Bradley Ray, the new championship leader thanks to down-on-par performances of his direct rival Jason O'Halloran.

A Cadwell Park specialist (where he already managed to win with Kawasaki in 2019), Danny Buchan proved to be the master of his M1000RR. Starting from the second grid slot, the "gentle giant" of Essex led the race from the first corner. Despite Bradley Ray's continuing attacks, with this brace of wins the SYNETIQ BMW by TAS rider notched up six career successes, at the same time putting himself into contention in view of the Showdown at the end of a long period of crisis.

The standings now see Danny Buchan just 14 points behind the top-8 which count for the playoffs at the end of the season, with everything to play for at Snetterton in a couple of weeks. Someone who has already qualified is certainly Bradley Ray (Rich Energy OMG Racing Yamaha), again second at the finish line as well as the new leader of the Regular Season standings in front of his teammate Jason O'Halloran (inexplicably 9th in Race 3).

Another podium for Ducati

In a season that so far has seen seven different winners representing four manufacturers (Honda, Yamaha, Kawasaki and BMW), Ducati is still missing. Tommy Bridewell (Oxford Products Racing MotoRapido) limited the damage, giving the Rossa the fifth podium of 2022. While a combative Leon Haslam clinched the all-Kawasaki battle against 20-year-old Rory Skinner (also already qualified for the Showdown) for fourth place, the other Ducati men Josh Brookes and Tom Sykes (probably slowed by a technical problem) did not go beyond 11th and 20th place ... 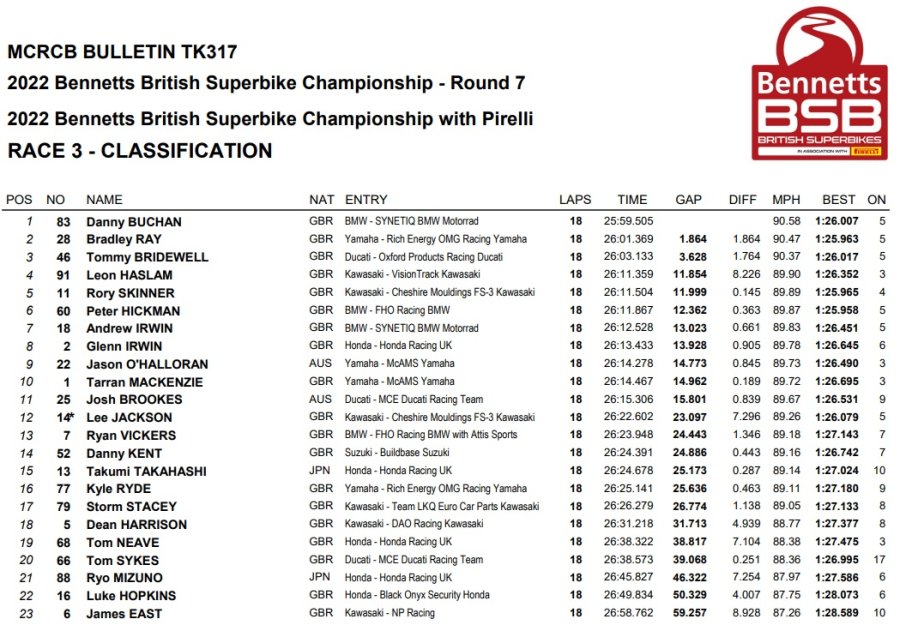