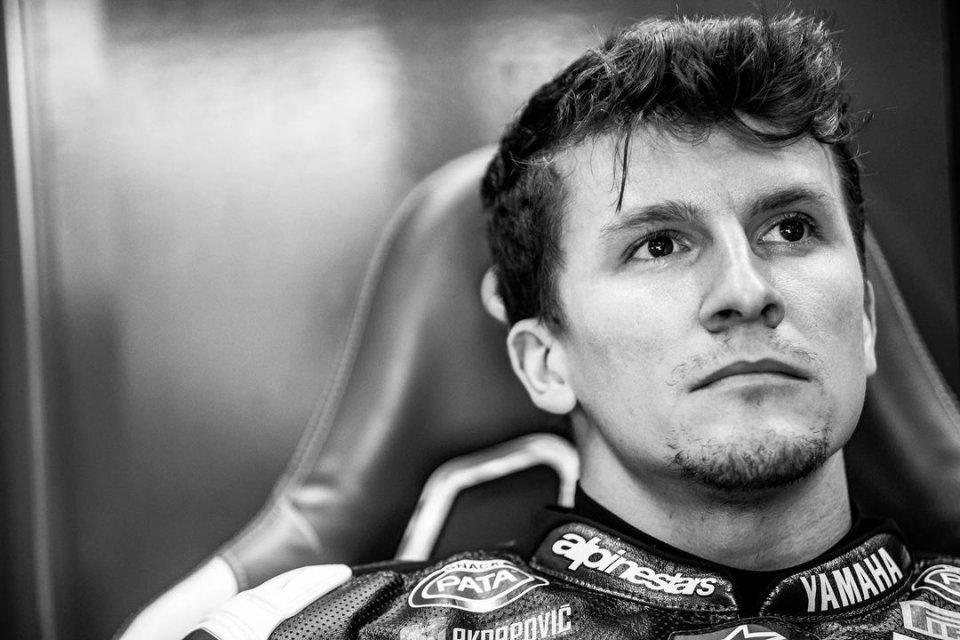 The summer holidays await the Superbike riders, but first there is the Most round, the last one before being able to break ranks. For the protagonists of the production-derived series it is time to draw up a first balance sheet and among these is Garrett Gerloff.

On the eve of the Czech round, the American from the GRT team gave us this long interview talking about the past, present and future. We started from this season, which has not exactly been in line with initial expectations.

“This is not the level I want to be at - he said - as the numbers say, this Championship is not going according to expectations, but I certainly don't want to give up right now. In fact, we have several changes to make to the R1 to find the performance I need. There is one thing I regret, and that is not being able to come good in the race, since I am competitive in practice, in fact on several occasions I have been close to the best ".

In Yamaha the reference is Toprak. Why all this difference between him and the other Yamahas?

"This year we no longer have the same bike as in 2021 and at the moment I am unable to get the  maximum potential out of it. We started by taking a different direction with a different set-up and I'm struggling. The key aspect is not being able to brake like Toprak does, given that he has great control of the Yamaha, but above all incredible braking. He is a stamp, he always lifts in the same way and in every curve he is always an inch from the curb. This is truly amazing and it is the biggest difference. To be competitive you have to brake like he does ”.

There was a lot of talk about you last year, especially after you were Morbidelli's replacement at Assen.

"In the end, however, it went differently, since my results weren't much to talk about ..."

How important was the accident with Toprak in Assen?

"That incident with Toprak affected me 100%. It was tough, but this year I found the freedom inside of me, I did a mental reset. Sport has helped me a lot, since during the winter I trained to the maximum without stopping. I tried to focus on my physique, nutrition and workouts to try and get the best results. Inside I am calm and relaxed, we just have to get back to being competitive ”.

You have been living here in Europe for several years now. Can we call you cosmopolitan?

"At first, when I arrived in Europe, it was all easy. Easy because everything is new and to be discovered. The problem is when the years begin to pass, as some new dynamics arise to deal with. I'm talking about distance from family and friends, that is the most decisive aspect, having to deal with loneliness. But when they come here to visit me, I feel like I am at home again. But now I'm going back to America soon and I hope to spend a nice summer with all of them ”.

Garrett, your contract ends at the end of the season. Where will we see you in 2023?

"I have been with Yamaha since 2011 and I would like to stay here, as I know the environment and admire their philosophy in the world of racing. At the same time, however, I don’t close the doors on anyone, even if my priority is to continue with these colours ”.

Do you have any requests to Yamaha for 2023?

"It is an exciting and hard-fought championship, where there is a great duel between Gagne and Petrucci. I think right now the mix between Gagne's qualities and Yamaha are making a difference. Together they are an incredible package and the results confirm it ”.