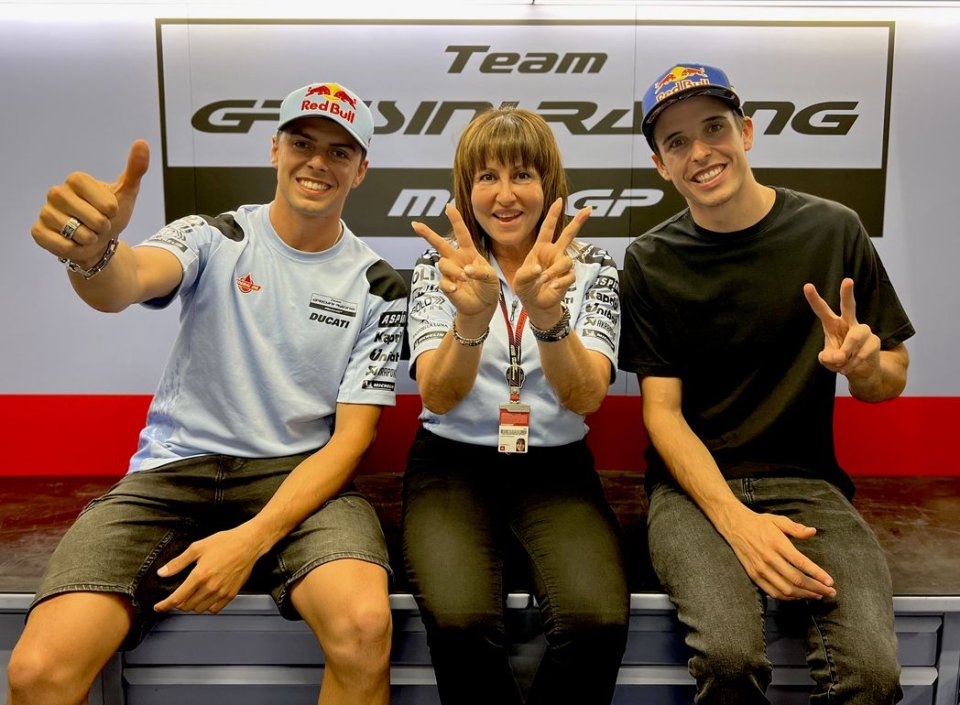 It’s official. The Gresini MotoGP Team has chosen Alex Marquez to replace Enea Bastianini in 2023. The team from Faenza is betting on Spain, which forges talents and holds a long-lasting tradition with Gresini Racing: from Gibernau to Martin, as well as Toni Elias, Alvaro Bautista, and also Emilio Alzamora, who’s now Alex's manager.

Alex Marquez boasts a top-notch resume: Moto3 and Moto2 World Champion in 2014 and 2019, respectively, with 40 podium finishes including 12 career wins, and two second places in the queen class in 2020. This will be the 26-year-old’s 4th season in the MotoGP, and he’s the first to ride a Desmosedici after a career with Honda.

Fabio Di Giannantonio was also confirmed. He’s currently in his debut season in the top series and is already competitive. The rider from Rome, a historic GR rider despite his young age, is among the pretenders for the 2022 rookie title, with his pole position and an 8th best position.

"I’m very happy to be able to announce my transition to the Gresini MotoGP Team and very excited about this new adventure. It was essential for me to change and become motivated again, as I had been when I arrived in this category,”  Alex Marquez commented. “The best option for me was this team, which has made the history of this championship. I want to thank Nadia, Carlo, and all the GR staff who wanted to believe in me. Now I have half the season to give it my all  before starting 2023 with my motivation at its highest."

Fabio Di Giannatonio said: “ I’m very happy to renew with this team that I feel is like a family.  It's nice because we continue this progress, and we’ll have the opportunity to do it with Ducati, and I’m also very happy about this. Continuity is essential in the MotoGP, in order to be able to work on myself. We've been working on this renewal for a while, and we can finally say it. Obviously, the goals have become more important. We’ll use this second part of the season to reach more results, and then we really want to look ahead for next year."

Nadia Padovani, owner of the team, added: “I’m very happy with this new project. Meanwhile, we’ve confirmed our rider, Fabio Di Giannantonio. He’s already demonstrated his talent this year, progressing race after race, and I’m sure he’ll be increasingly competitive. We were looking for a slightly more experienced rider at his side, and I think Alex Marquez is the perfect one for our team. His resume speaks for itself. We think he has great potential and that the Desmosedici can be the right companion for this adventure. Welcome to the family, Alex!".