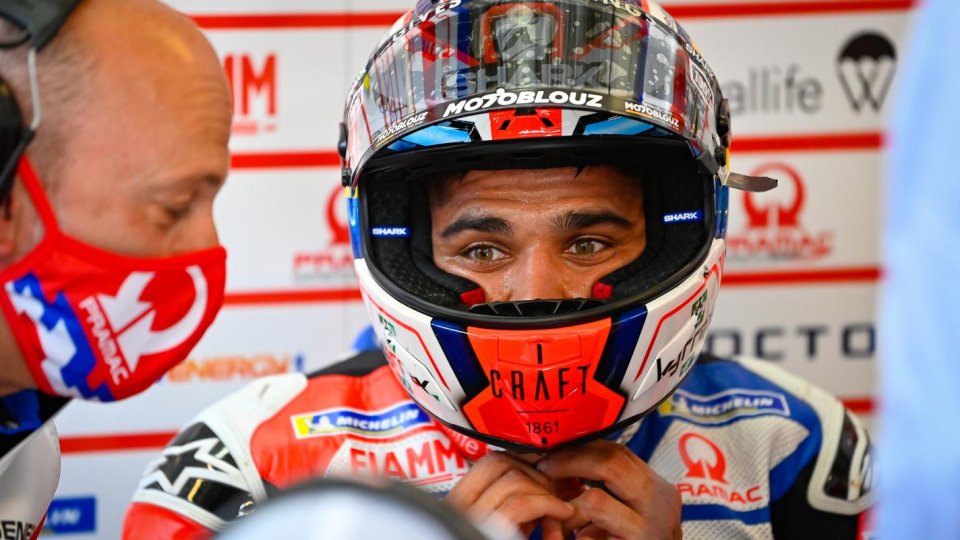 During the first laps of the Assen race, Jorge Martin had won in the  first rows and, for most of the race, the podium seemed almost certain. Then he became less confident, maybe thanks to the rain on the track that could have led to a flag-to-flag, ignored by all the riders. The Spanish rider, who’s still negotiating with Ducati, made due with a 7th place, since he can’t currently fight for the title and doesn’t want to take unnecessary risks. His wrist still isn’t in perfect condition.

You were having a great race then, towards the end, you had a drop. What happened?
"I'm in a condition where I can't risk falling,” Jorge said. “So, as soon as the first drops of rain fell on the track, I slowed down. Maybe too much. I tried to pick up my pace. I was shortening the distance from Bezzecchi and also from Pecco. I’m convinced that the choice of hard tires for the rear was the right one. It’s the one that the best on the track today have chosen. I had the chance to get a podium, but then there was that drop and, when the other riders passed me, I couldn’t get the right pace. Now I’ll take advantage of the summer break to get back into optimal physical shape. Overall, however, I’m satisfied with my performance today, even if  I then fell during the last ten laps."

When it started raining, did you feel the difference on the track? Because most of the riders seem to have ignored it by continuing to race on the 32 and a half per lap.
"The rain was reported on all segments of the track, and it was especially evident at some corners, because it hit the fairing of the bike. I never had full confidence in the third segment for the entire weekend so, when it started to rain, the situation got even more complicated."

So you didn't want to take unnecessary risks?
”That's right. I already fell several times this year. I preferred to finish the race. When I first saw Maverick, then Jack, and finally Binder overtake me, I wasted time behind them. I preferred a seventh place rather than risking another fall with my wrist not yet in perfect condition,”  the Pramac team rider concluded.

Guidotti: "KTM had lost the plot, losing the concessions was a blow"