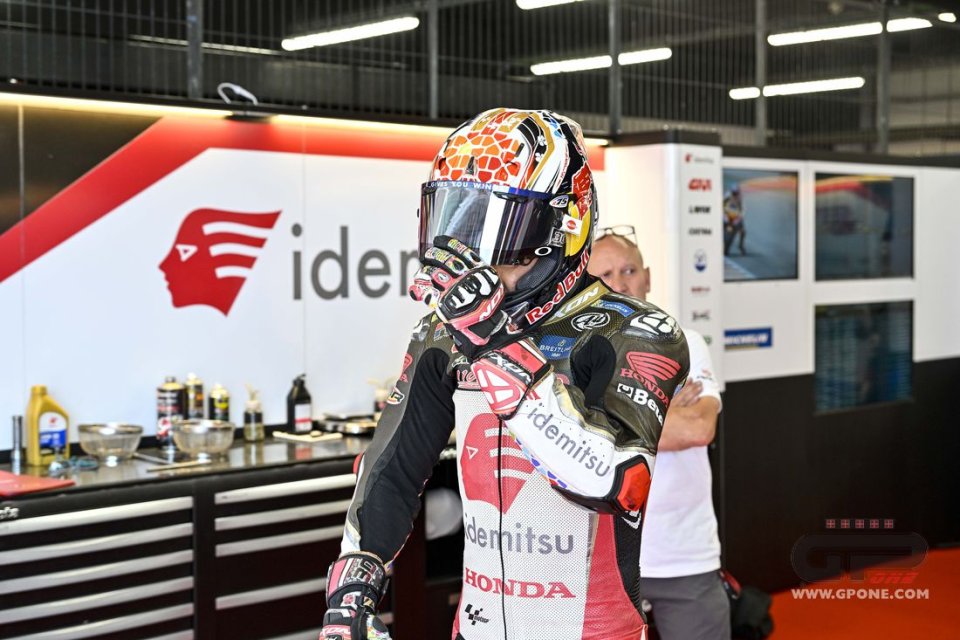 Once he arrived at the Sachsenring, Takaaki Nakagami wanted to meet up with Pecco Bagnaia and Alex Rins as soon as possible, after he had made both riders fall at the first turn of the Barcelona GP. There was a lot of talk about that accident, and now it's the LCR team’s rider turn to talk about it.

“I wasn’t able to talk to them after the race, because I was in the hospital, and it was very important for me to meet them face to face and apologize to them. It was totally my mistake,” Taka immediately clarified. “I’m apologizing again for that accident, because I destroyed their races. Now, after having talked to them, I feel better and can focus on the weekend.”

Nakagami admitted he was wrong, but about what?

"I made no mistakes at the braking point but, unfortunately, I was in Pecco’s slipstream, and I didn’t expect it. I couldn’t stop the bike, and I couldn’t prevent the accident,”  he replied. “It was a bad fall. Alex and Pecco understood my explanation and we shook hands."

The Stewards were also criticized for not having taken action.

"I was ready to receive a penalty, but it wasn’t my decision and, for the Stewards, it was a race accident,”  Nakagami admitted. “ I admit it was my mistake. If they changed their minds and penalized me, I’ll accept it. The accident was caused by my mistake, and I wasn’t alone. I can’t ask for a penalty."

Leaving the past behind us. it’s now time to think about the future: the German GP. The Japanese rider got away with just a few bruises ("I saw my helmet this morning, and it was really bad. It saved my life.” ), and the doctors gave him the okay to get back on the bike.

“This track normally fits my riding style and the Honda. Unfortunately, I couldn’t do the tests in Barcelona, and they were  important. We have many things to improve,” he explained. “I don’t have fractures, but my right shoulder is very inflamed and there’s liquid. I don't know if I’ll be at ease on the bike. There are only two important braking points here, so it's not a very physically challenging track."

The official announcement came today. The rider from Ascoli: "I have no expectations other than to return to a serene and clear climate inside the...
19 hours 30 min ago

This is the first MotoGP pole for Honda since Pol Espargaro at the British GP last year (21 races), ending the longest sequence of successive premier...
1 day 24 min ago