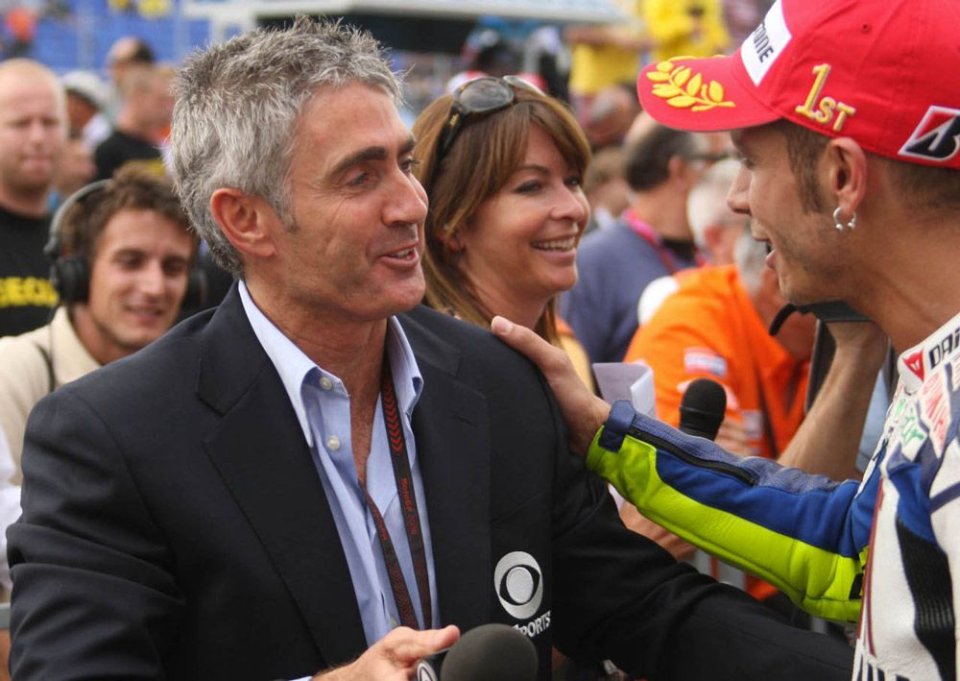 Alex Briggs has worked with two of the motorcycle legends of the past 30 years: Mick Doohan and Valentino Rossi. The Australian mechanic is now far from the paddock, but he has a lot to tell. Recently he opened up his personal suitcase of memories to the microphones of the podcast 'In the Fast Lane', comparing the two champions.

“Both were crazily determined to win, but very different people, different cultures,” he explained before going into more detail.

"Valentino raced his best when he was happy and laughing and having fun, still determined but that was his outside demeanour - said Briggs - Mick was more like a fighter, a boxer, he liked to pump himself up, even if he was a bit angry, he would ride well ”.

Their attitude in the pits was also different.

“Valentino would come into the garage knowing that it was the quiet place, where he could come talk with people who weren't trying to get a piece of him - he continued - Even on the grid you could have that couple of seconds of a chat, a look, a word, we might joke about something stupid. Something really simple: I think he enjoyed that, because that was really where he wanted to be. "

Alex also commented on the decision to withdraw number 46 from MotoGP.

“People might want to pay homage - his opinion – I’ve come back to Australia and I see people racing with number 46 on their bike, they’re young kids who had pictures of Valentino on their walls. If that young kid goes all the way to racing in MotoGP and his number he’s had his whole life because of his idol he won’t be able to have. I guess I'm not a fan of this”.