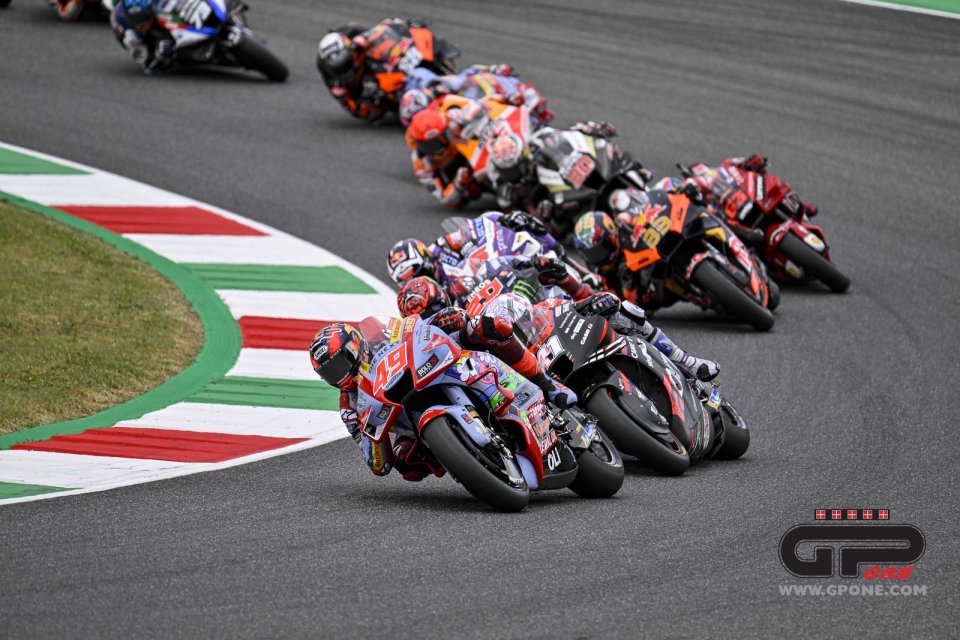 Starting from the pole in his home GP, Fabio had a defensive race, struggling to find grip with his rear. This is a very positive race for the rider from Rome, who says he’s satisfied with his growth this season, the first in the MotoGP.

The victory wasn't in his sights, and he was aware of his potential. He had set himself the top ten as a target, and missed it by one position. Diggia was also the victim of an attack on the finish line by Vinales, who he resisted for a thousandth of a second.

You also had a photo finish. You didn't miss out on anything!
"I have a bitter taste in my mouth. I didn't expect to win the race, because it's not our time yet, but it's coming. I felt very strange with the bike, especially with the rear. I couldn’t find the right feeling with the gas nor could I find the grip. It was too bad because, realistically, our place was in the second small group. Unfortunately, it was more difficult than we expected."

But you ended up struggling with the fast riders.
"They’re very precise. They break hard, always accelerate at the right time and, even if they make a mistake, they manage to fix things at the curb. You can tell they know how to handle bike. I'm progressing. I'm getting there. It was nice to break away and do the first laps up front."

Pecco also said that he struggled to pass you. He said it seemed like you were pushing a lot.
"No, actually, I wasn't exaggerating, also because you can even see from the data that I didn’t wear the tires much. The only thing I lacked was traction on the rear.”

Do you have any idea why?
”I told them my sensations. They’ll analyze the data, and they’ll certainly tell me something in the meeting before Barcelona."

And it’s also a track similar to Mugello ...
"Yes, even if it the grip changes a lot. There’s much less."

Did you find a reference point you can build on from here?
”We progressed in Jerez. From then on, we started to work better, with a good basic set-up, and the right position on the bike. I ride more loosely. I was more on the line before."

What feelings do you have leaving this track?
"It was crazy. The first race at Mugello in the MotoGP, being fast, making the pole, the fans, the people, my family. It was a party. I’d say the race was acceptable,”  Diggia let himself go a bit on the modest side. “I improved in the position at the finish but, above all, in the fast lap and breaking away from the first. This means we’re progressing. "