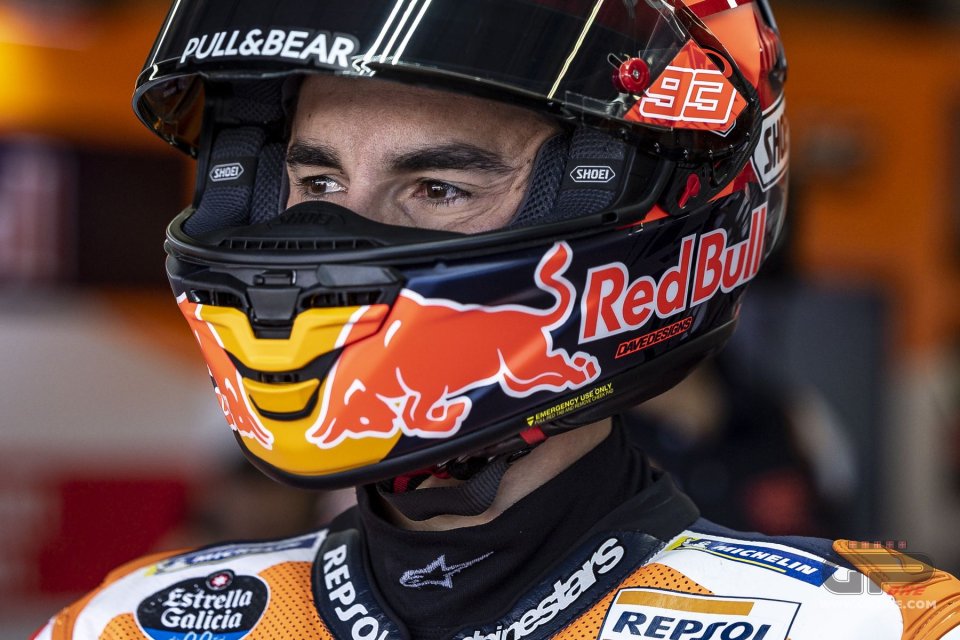 The news that's circulating in the Mugello paddock in the last few hours is really important. Marc Marquez seems ready to undergo a fourth operation on his right arm, which continues to give him problems in riding and doesn’t allow him to be competitive at an acceptable level. According to colleagues at Speedweek, Honda might be announcing his surgery today and, analyzing the situation, it seems logical that this is the right time.

Marc has always claimed to have to get used to his new physical condition but, evidently, the limitations that his arm imposes on him are such as to relegate him to areas of the rankings he doesn’t belong in. Marc had always denied the hypothesis regarding yet another operation, but what happened this week with the cancellation of the Finnish GP might have changed the scenario.

The cancellation of the Finnish GP leaves a 5-week gap during which Marc could begin rehab in view of returning to his bike before the end of 2022, in time to participate in all the winter tests for next season. It’s now clear that Marc can’t fight for the title in these conditions and, if he doesn’t soon reconcile with the bike, it’s also very difficult to imagine him on the podium shortly. This morning, Marc finished in 21st place in free practice at Mugello. A position that speaks for itself.

So the decision would be to sacrifice this 2022 to be ready and at his best for 2023. Remember that Marc has a contract with Honda until the end of 2024, and probably both HRC and Marc understood that, with these physical problems, it would be impossible for him to fight for the title in such a competitive MotoGP. It’s, therefore, better to accept this fourth operation, hoping that it can solve the problem, once and for all, and then hope to get the "real” Marquez back in the next two years.