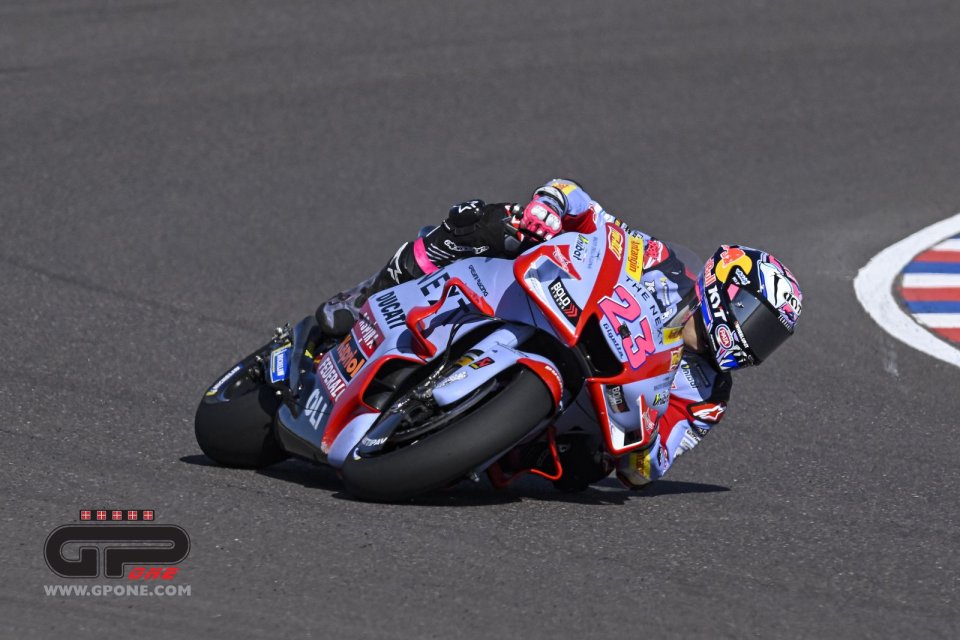 From first to third in the World Championship. Enea Bastianini is definitely not satisfied with his tenth position, the result of several mistakes and a start from behind. Probably with a better preparation, he could have done another race, but the time available for the set-up was what it was, for  everyone, due to the delay in the arrival of the cargo plane. And it is inevitable that, in cases like this, less experienced riders will suffer.

"It didn't go well. It was a really difficult race. I didn’t feel right with the bike,” Enea admitted and added, “I lost my feeling, unfortunately. In this race here, we didn't understand a thing."

Bastianini was angry and was uselessly comforted by his manager, Carlo Pernat, who urged him to see the glass half full.

"But I can't be happy,” he continued. “I was recuperating, but I was too hindered, and I made mistakes. It's a weekend to forget.”

This was definitely because they didn't have enough time to prepare for the Grand Prix.

"Surely, riding more would have made a difference. We had many problems. We couldn’t reach our goal. Without those mistakes in the race, I would’ve been a little further ahead, but it wouldn’t have been a nice weekend anyway."

Nevertheless, Bastianini is just nine points from the top now, behind Aleix Espargaro and Brad Binder, and equal points with Alex Rins.

"Being third in the world championship is always necessary, of course. It's not that I lacked confidence in the offense. The problem was the rear. At certain times, I couldn't stay in. As soon as I did a bit extra, I couldn't keep my rear in line. You can say what you want, but I don't see the glass half full."