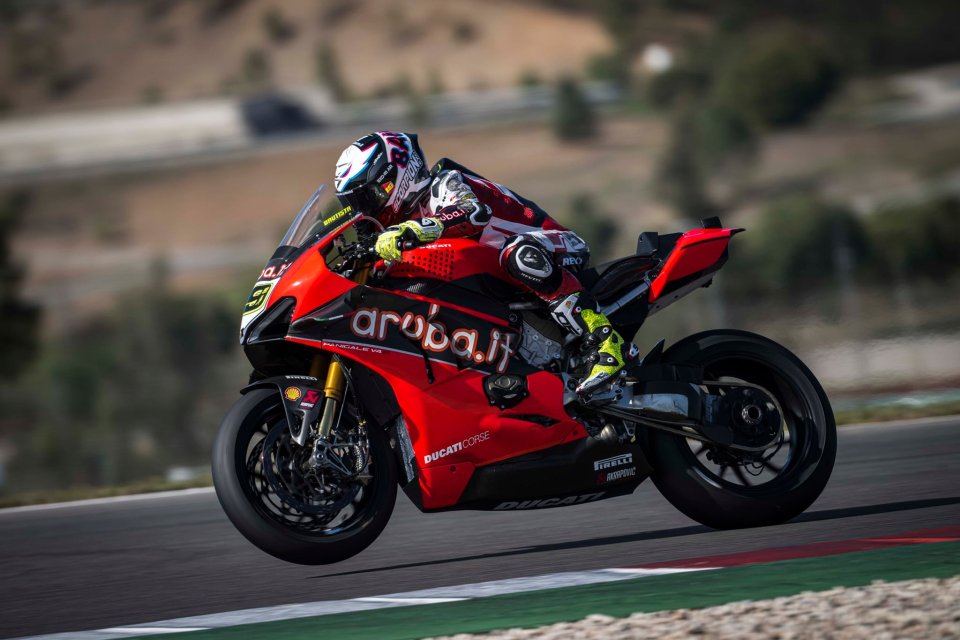 The tests never end! And that’s what it seems like if we consider the Superbike’s pre-season. On Wednesday 16th  and Thursday 17th  March, we’ll be seeing all the SBK Ducatis  in action in Misano. This is the case for Aruba with Bautista and Rinaldi, as well as Motocorsa with Bassani, Go Eleven with Oettl, and Barni with Bernardi.

Among the other busy teams, BMW stands out with Redding and Van der Mark, without forgetting Baz and Laverty, who are expected at the first 2022 test. Moving on to Yamaha, the spotlight is on the GRT Gerloff-Nozane duo, along with Ponsson, and Kawasaki with Puccetti is also in the line-up.

The two days at Misano will also be an opportunity to see some SSP riders in action, such as Bayliss and Bulega, as well as Kofler, and also the MV Agusta team.

Finally, Danilo Petrucci, Tom Sykes, and Michele Pirro deserve special mention. After his debut a month ago in Portimao, Petrux returns to the Ducati V4 in the MotoAmerica configuration for the last tests before flying to the United States, while Sykes will be riding the BSB Ducati for the first time as he waits for his adventure with PBM.

Doing the honors of the house is the one and only Michele Pirro in his Misano, as he sharpens his weapons in view of the CIV 2022 season. For the occasion, the Borgo Panigale tester will come up against his future opponent, namely, Mattia Pasini, who will be on the track with the Broncos’ Ducati after the tests two weeks ago in Vallelunga.