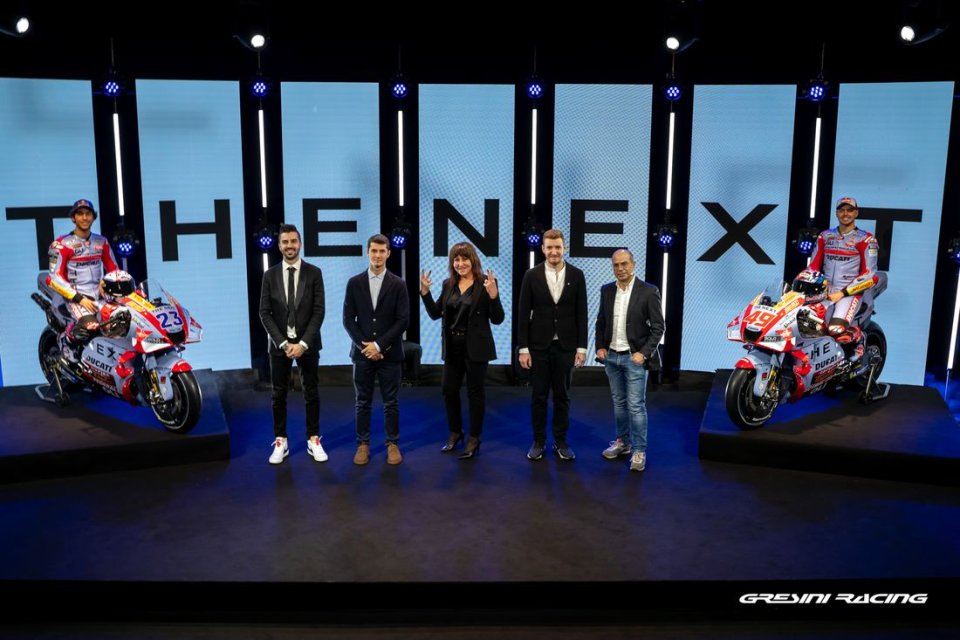 Nadia Gresini smiles embarrassed on the stage, in the spotlight to kick off a project that her husband Fausto dreamed of and could not see realized. The Gresini team returns to MotoGP walking on its own two legs, no longer as a support shoulder for Aprilia, but with an independent structure hungry for success. Next to Nadia are the two sky-blue Ducatis, Bastianini and Di Giannantonio ready to ride them, everything is ready but it wasn't easy.

The first thought can only be for her husband: "We presented the team first, like a sort of pole position, Fausto who always wanted to be number 1 would be very happy - he smiled - We are here to carry out his dreams".

Achieving this goal was not easy, but the team and family, with their sons Lorenzo and Luca, helped her and she is now the first female team manager as well as owner of a team in MotoGP.

"It is a pleasure and a responsibility - she says - I hope to be an example for women who want to reach the top in their career and for those who have had a major loss and have not given up".

The journey is only at the beginning, but the objectives are clear.

"I would like to see Enea protagonist in all the Grands Prix and Fabio do some good races and become rookie of the year".

The adventure has just begun and Nadia wants to live it to the fullest.

Bastianini: "I looked into Nadia's eyes, they were the same as Fausto...