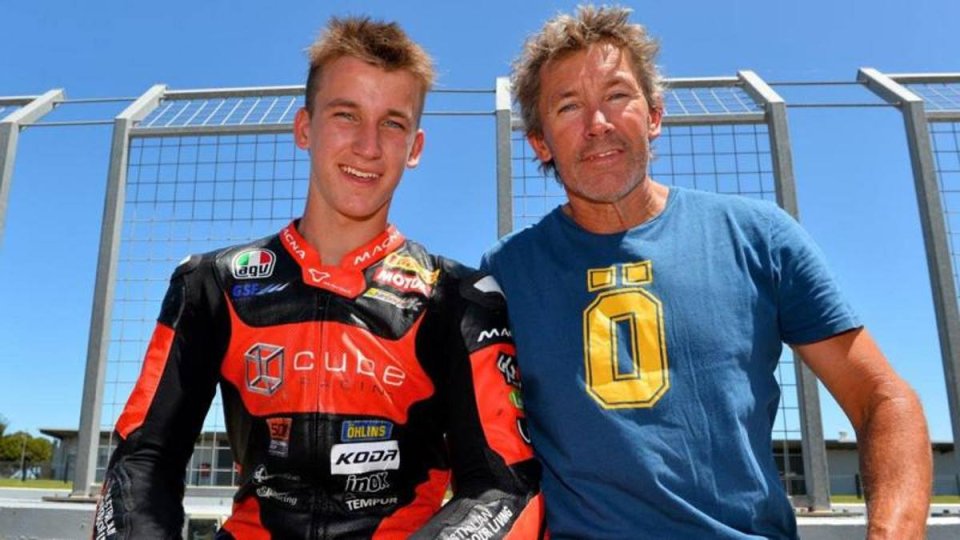 The debut of the Ducati V2 is undoubtedly the latest news regarding the upcoming SuperSport World Championship. Thanks to the new regulations in the category, the 955hp Red from Borgo Panigale will be able to line up at the starting blocks and fight for the world title.

For the occasion, we’ll see several new faces in action, includingtOli Bayliss. As we all know, the Barni team has decided to focus on the young Australian rider, entrusting him with the V2. On December 7th, Oli tested the new bike and, at the end of the month, he’ll be back on the Red again for the last test in Australia.

But after Australia, he’ll have to start packing his bags, because he’ll be moving to Italy. In fact, both he and his father will come to live on the Romagna Riviera, also thanks to Davide Tardozzi,who's also a friend of the family.

In Italy, Oli will get the chance to train with several other riders, like Michele Pirro who, as we all know, is a point of reference for Ducati. Speaking of Ducati, Oli's first test with the V2 should be scheduled for February 8th and 9th in Portimao.

The Australian will ride the Barni team's Panigale V2, while Luca Bernardi will ride the Panigale V4, picking up where Samuele Cavalieri left off. So, the wait is almost over.