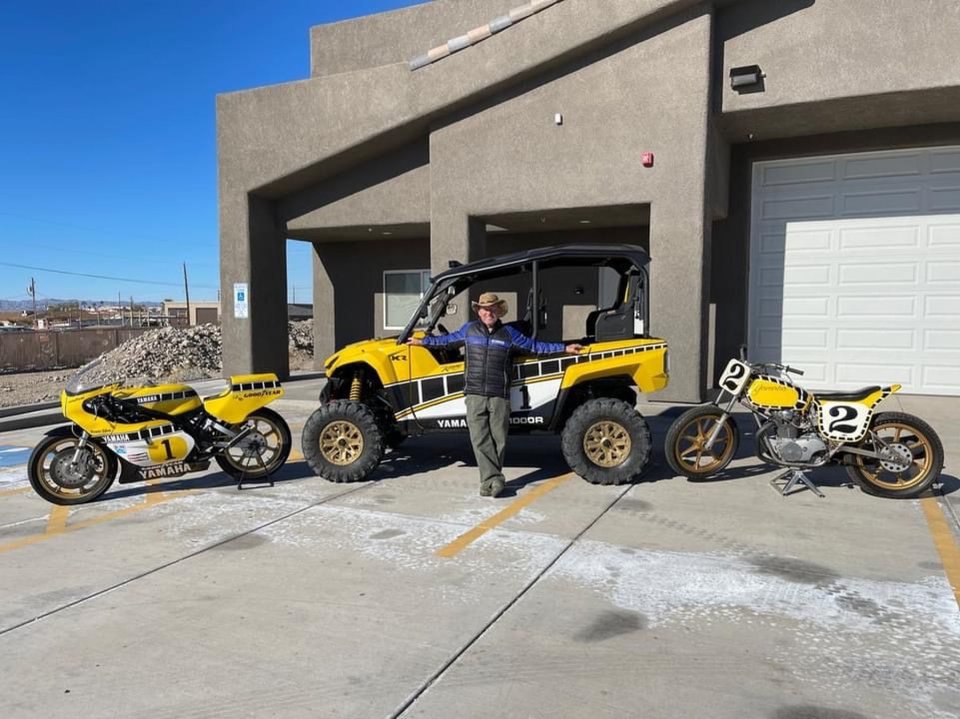 Kenny Roberts' family thought of giving King Kenny a very special gift for his 70th birthday, and had a RMAX 1000 LE from the Yamaha Factory in Newnan, Georgia constructed. The colors they chose to personalize the bike are a clear tribute to the graphics used by the three-time World Champion during the golden years of his career in the 500, and Yamaha did its part to make this gift possible. A gift that even Kenny's friends, including Wayne Rainey, took part in.

"We wanted to do something special for my father's birthday,” his son, Kenny Jr., stated, “giving him something special from all of us. And, without Yamaha's direct help, this would have been impossible. Yamaha has shown us how important my father is in its history. They got us an RMAX 1000 decorated with a graphic that brings to mind the wonderful memories of Yamaha and Kenny together. It was great to collaborate with the Yamaha team in Newnan to figure out how to create the design and everything we knew my father would appreciate. It was really great to have Wayne and all my dad's friends with me and, most of all, it was great to have had Yamaha's help to create this gift. It was fun, and we did everything to make sure it was a surprise. It was great!”

"Kenny is a true legend and an icon of our sport,” Mike Martinez, president of Yamaha Motorsports, said. “The team at our factory in Georgia were honored to be able to construct an RMAX 1000 as a gift for Kenny and his family on his 70th birthday. All of us at Yamaha wish him a happy birthday, and we will always be mindful of the incredible contribution that Kenny has made to our sport.”

Additional checks revealed Lowes also suffered a small fracture to the top of his left humerus bone and he has commenced an intensive rehabilitation...
4 days 16 hours ago