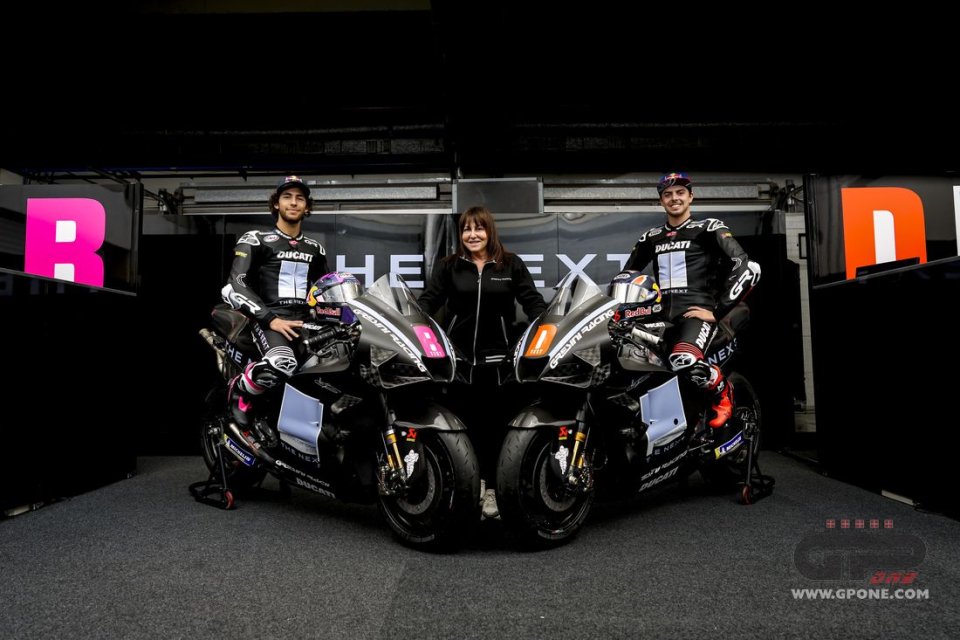 Jerez for the Gresini team was above all a celebration, happiness for a new beginning after so many tears. Fausto is no longer there, but he continues to live with his team, now in the hands of his wife Nadia, with their children Luca and Lorenzo to help her. The last few months have been terribly difficult for the family, but Fausto's dream could not be extinguished and now it is shining.

Exactly like Nadia's eyes: "When I saw the bikes in the garage for the first time and then Enea and Fabio starting our MotoGP bikes, it was an incredible emotion. The first thought went to my husband, to Fausto, I thought that he too was happy - she says - Perhaps he would never have thought that I, together with my children, would be able to set up such a project. I'm sure Fausto is very happy ”.

How difficult was it to reach this first milestone?

“When Fausto died, I immediately said that we will continue, because we did not want everything he had created, to which he had dedicated his life, to go missing. It was a decision made straight away, I didn't have too much time to think about it. After his funeral I immediately had to take matters into my own hands, obviously there was a bit of anxiety, I didn't know if we would have succeeded also because it was already mid-March and by the end of June we had to confirm the MotoGP project. It was not easy and I have to thank all the guys in the company, Fausto's collaborators, who have dedicated a lot of time to me. I used to go into the office in the morning and go out at 11 in the evening, if we did it, it was thanks to them. It was something huge and it was not a foregone conclusion that we were able to complete it ”.

You also have your children by your side, usually we talk about a team with a family atmosphere, while in your case it is the family that has become a team.

“It is the Gresini Family in all respects. Luca will be on track at all the Grands Prix, as he has already been this year, and will learn on the field, he too has found himself thrown into this world. Lorenzo, on the other hand, will stay in the company in a management role. Then, there is me, I am the team principal, even if it is still strange to say so ".

There was a problem with the loss of your main sponsor, but is the MotoGP project now 100% confirmed?

"This year we have had many problems, the biggest one was the loss of my husband, then being abandoned by the sponsor. We worked hard, rolled up our sleeves and now we're here. Everything is confirmed".

You had to put Moto3 aside, but you also said that rather than a goodbye it could be an ‘arriverderci’.

"Everything is possible. Fausto liked Moto3 so much, he loved helping young riders to grow, but it was not possible to continue due to the effort required by the other categories. We are present in MotoGP and we have managed to keep both Moto2 and MotoE ”.

Bastianini and Di Giannantonio he saw them practically grow up, how did you find them now that they are adults?

“They have changed and matured, they have become very professional. They are both good riders, of course Enea already has a year's experience in MotoGP in which he has grown a lot, Fabio is at the beginning but I saw him very happy and enthusiastic in these tests. He made his dream come true, after the many efforts made by him and his family to succeed ”.

Both of them had started this dream with Fausto.

"He took them to the World Championship, it seems that there is a plan, a destiny that he wanted this way".

What do you expect from this year?

Bastianini: "I looked into Nadia's eyes, they were the same as Fausto...