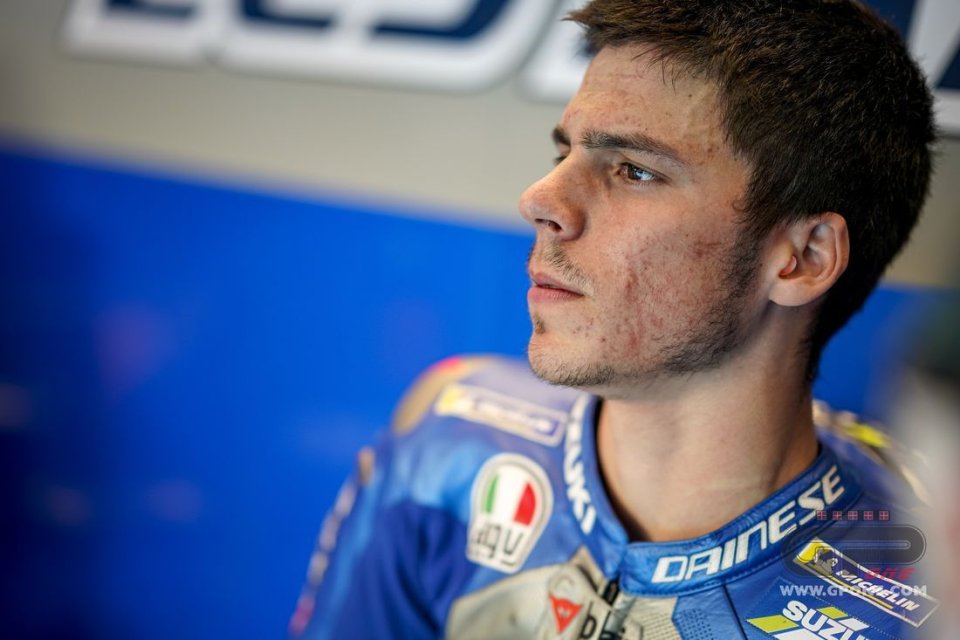 Today’s result is not yet a victory but it could almost be one for Joan Mir on his Suzuki. After a difficult and hard-fought season at times, the former champion from Majorca conquered the front row behind the two factory Ducatis less than two tenths of a second away from pole. A long-awaited result this season not only by Joan but by all Suzuki who this season had qualifying as their Achilles heel.

This front row is a result you’ve been waiting a long time for as it is important to start in a good position in MotoGP but for you as a rider, especially after a very good weekend, you must feel very satisfied.

"Yes, I am very happy with the result. Already from the tests after Misano we managed to find a solution with the bike setup that allowed us a further step forward and with good conditions here in Portimao it seems that everything is going the right way. However, I think our potential has not yet been reached, both me and the bike can give even more, but for now the sensations for tomorrow's race look good. "

You have often found yourself having to start from the rear, this result will make things easier in the early stages of the race, do you agree?

"In general, starting from behind means having little chance of winning a race, at most you try to get on the podium. Starting in the front row opens up a greater chance of victory, now we just have to see what will happen tomorrow".

Compared to the difficulties encountered in the last few races, what has changed?

"In Misano and in Aragon we started to show better potential than during the year, then the Misano test was useful for us, but we still had to understand how to make everything work together. I believe that after the last two races, after the Misano tests and after taking a break, I found my right pace. Right now I’m quite confident, able to ride the bike in a good way, and I’m enjoying it, which is the most important thing. When you enjoy being on the bike, you’re fast.

Even though this is your first row in MotoGP this season, you didn't seem particularly happy with the result…

“In that moment I wasn’t really happy, because I couldn’t take 100% of the package, and when you’re not able to then you are angry, even if I’m on the front row.”

Can you tell us more about what happened?

“Alex was following me in all the sessions, and in the first exit of qualifying. In the second exit he was waiting again for me, and if he doesn’t disturb me that’s not a problem. But in that moment, I made the first lap slowly, trying to warm the tyres – the time wasn’t bad but I was trying to warm the tyres. I just had one lap left and he decided to overtake me on the braking and then go wide.”

You said you had found a new solution that improved your setup after the Misano tests, can you tell us more about it?

“That’s the advantage of the test, and we tried different geometry of the bike and it looks like it was a little bit better. We also received a second evolution of the device, and in some places it’s been a lot better than the first one. With that, we lost the same as we gained in acceleration in other places, but we were able to get back a little more with the new one.”

Yesterday you spoke about needing a break after the last race at Misano, can you go into more detail about the reasons?

"As I said, I decided to take a break from sport for a week, to recover my energy and regain the mental balance necessary to face the last two races. After Misano I felt completely disoriented, I needed it."

Sahara admits that replacing Brivio and developing the Suzuki was too much for...