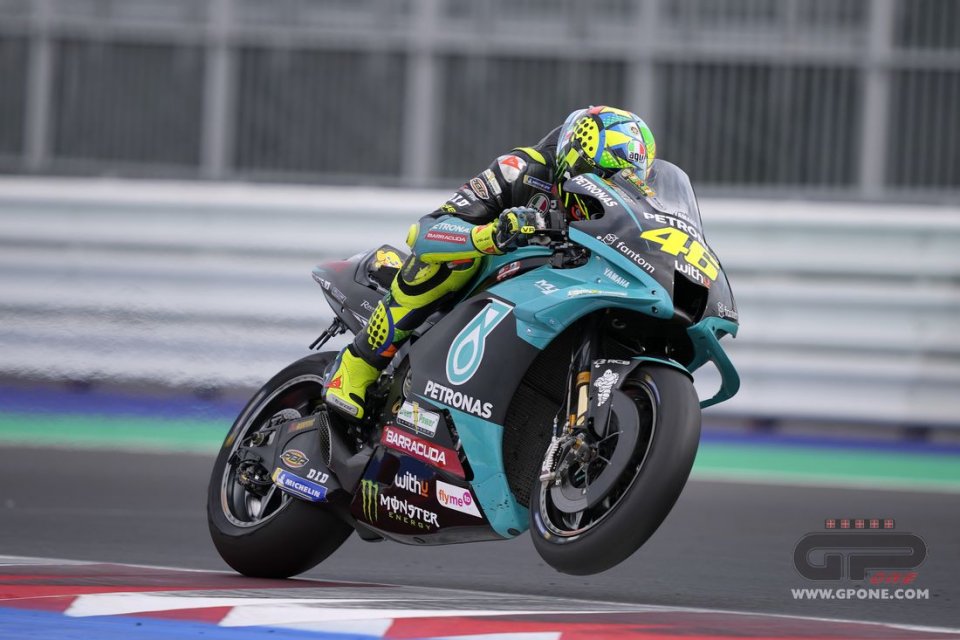 As there is always a first time, there is also a last one and these two days of testing at Misano were the last in MotoGP for Valentino Rossi. Of the many things that he will look at with nostalgia, this one, however, will not be at the top of the list. "It is certainly an important moment, but I don't think I will miss doing tests in the future - smiled the Doctor - They are always hard work to do, both from a physical and mental point of view, I prefer the race weekend ".

So you wouldn't accept a role as a test rider, even if not full time?

While testing isn't the best part of a rider’s job, are there any tests that you remember with pleasure?

“Those in which you try a new bike for the first time remain more in mind. So the first with the 250, but especially the one with the 500, in November 1999 in Jerez with Jeremy Burgess, that was impressive. Then I put as first the one with the MotoGP, on the Honda at Suzuka in August 2001 after winning the 8 Hours with Edwards, and finally the one with Yamaha at Sepang in January 2004. These were my best tests. "

And what about this one?

“Pretty good, especially yesterday. We didn't have anything new to try, so we focused on the setup and the details, I improved my pace and set a good time. Today we tested a couple of other things and finished the work for the next race here in Misano. First, however, there will be Austin, a very particular and difficult track, with not much grip and a lot of bumps. In 2019 I went well; we'll see what happens ".

The championship is nearing its end, can Bagnaia win it?

“Realistically it will be difficult for Pecco because Quartararo is 48 points ahead, that is a lot and above all there are only four races left. He will have to try to repeat what he has done in the last two weekends and then see what Fabio will do. His goal must be to keep the World Championship open until the end, as long as it is, he can try ”.

Morbidelli, on the other hand, is struggling a lot on his return after the operation.

“After an injury like his, it takes six months to get back into perfect shape, the knee is a wretched part, not only must the pain go away but you also have to regain full mobility. Franco had this opportunity to get on the factory Yamaha and tried to speed things up, but he is not at 100% and to ride a MotoGP you have to be ".