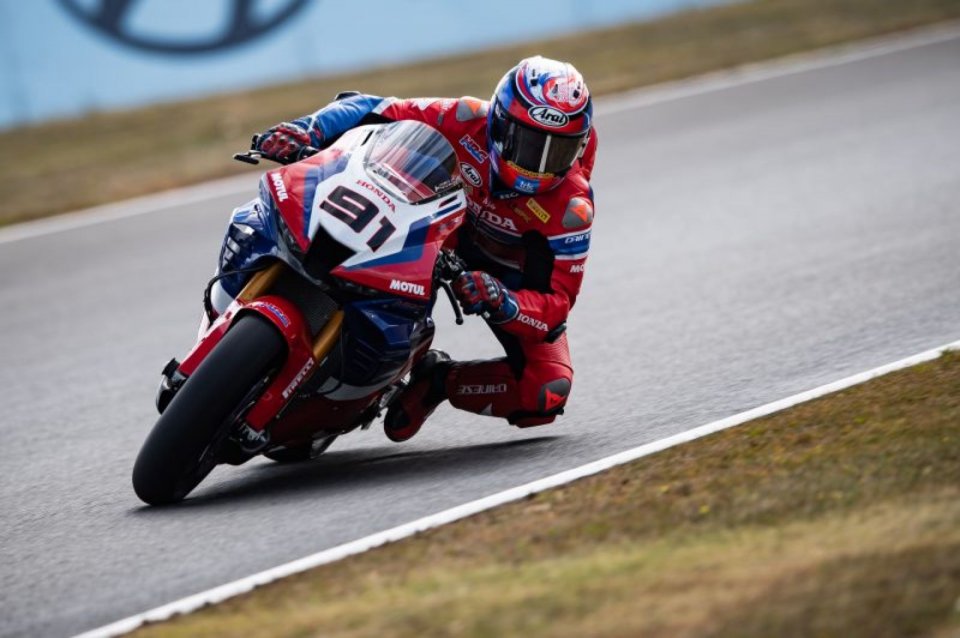 While the first Friday World Superbike free practice sessions at the Circuit de Nevers Magny-Cours once again saw the classic trio of Toprak Razgatlioglu, Scott Redding and Jonathan Rea on top, the surprise of the day award went to Leon Haslam. After the negative round in Navarra (just 3 points in three races), the Honda HRC Team rider surprised everyone by taking fifth place overall about four tenths from the top.

"Overall it was a pretty positive day considering that we had no information with the Honda for this track, as last year it was wet, so the first dry laps we’ve completed here were this afternoon. Things weren’t so bad as far as lap times are concerned, but the things we found in testing can definitely help us make a step here. That wasn’t the case in Navarra, which probably was one of the most difficult weekends for us so far sadly, but at this circuit I think we’ve already made a step".

The French layout is very homogeneous, alternating slow and technical sections with others that are very fast. Despite being only in its second year in the top class of the production-based series, the CBR 1000 RR-R is still a bit of a building site.

"The fact that we haven't done many tests is affecting our work. We are trying to improve on corner entry mainly, and front feeling too. Here we have three corners where we are struggling, the stop-stop type of corner, but the bike is very strong in the first sector, the fast flowing one. So we’ll keep working as we always do and we will see where we can go".

After losing Alvaro Bautista, in recent days numerous rumours have been doing the rounds about the possible 2022 pairing and, above all, names (Chaz Davies and Tom Sykes). In any case, the 2018 British Superbike Champion feels confident.

"Nothing is clear, I would like to stay because I believe in the project. Every time I take Alvaro as a benchmark, he has won numerous races and it is for this reason that Ducati has decided on his return. In 2020 we finished the race season on equal points, but most of the time I managed to stay ahead of him, the same is happening this year, so I feel confident. Now HRC listens to both of us. In that sense, having a young and fast teammate would be an advantage for me because he would have no experience in terms of developing the bike, but it is a difficult decision and luckily it does not depend on me," he concluded.