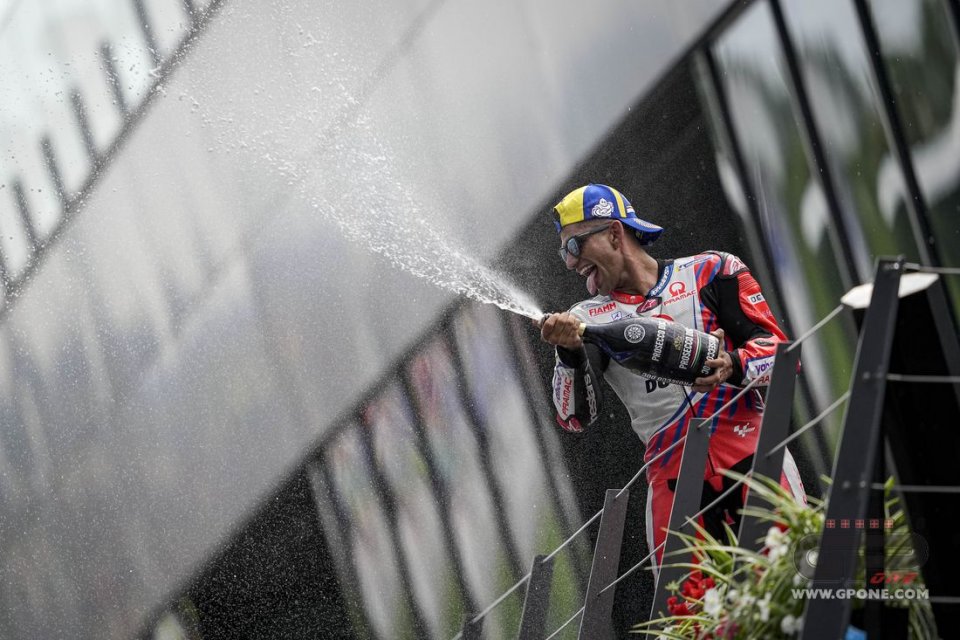 The Austrian Grand Prix could be remembered as the craziest of recent times, at least when it comes to the last five laps. The main players seemed to still be upset at the end. Jorge Martin summed it all up with a striking phrase: “It felt like you were playing Mario Kart when they throw bananas on the track.”

It was actually such an absurd GP that it looked like a video game.

“If I have to explain what happened in the whole race, we’ll stay here for a month,” Pramac’s Spanish rider said jokingly. “I chose to mount the hard tire on the front, even though I had only tested it for one lap over the weekend. It was going well and, when it started to rain, I reached the first riders. I passed Quartararo and Bagnaia.”

Then it was time for a bike change.

“I was nervous. When I stopped the bike, my rear went up, and I hired a mechanic. I hope he’s good,”Jorge apologized. “On the last lap, I was eleventh. I thought I had thrown the race away but, at the first corner, I saw a group of riders with three slicks, and I told myself it was time to push. I reached them at seven and, more than overtaking them, it was difficult to avoid them.”

The podium paid off.

“Honestly, I feel super happy, more than last week for the win, because today was an unexpected result. Now I’ll have some time to understand what happened in these two weeks. Two poles and two podiums,” he concluded.