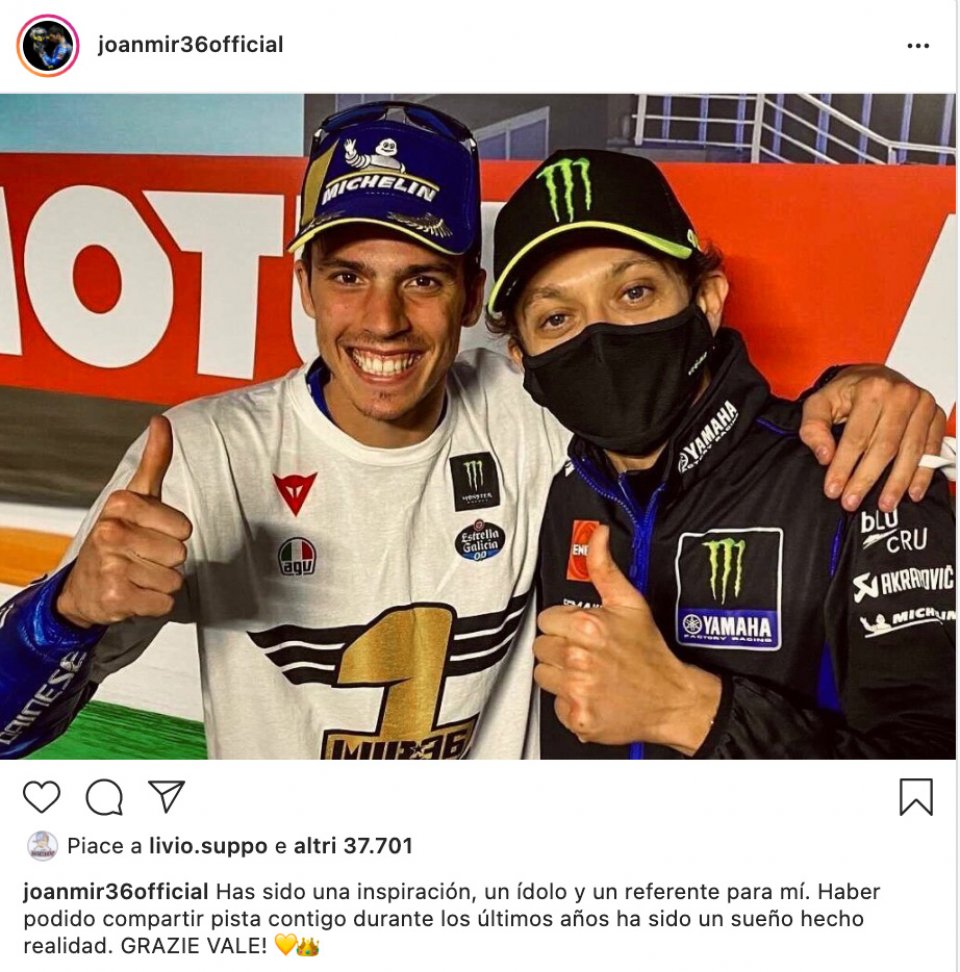 After the announcement of Valentino Rossi's retirement at the end of the year, the social networks were literally inundated with messages addressed to the champion from Tavullia. Virtually all the riders wanted to pay homage to him, from his most recent rivals, such as Mir and Quartararo, to those of the past, including Capirossi, Checa and Biaggi. Even his Academy boys thanked him, thus creating a huge collage of photos that trace the entire career of the Doctor.

Here are some of them.