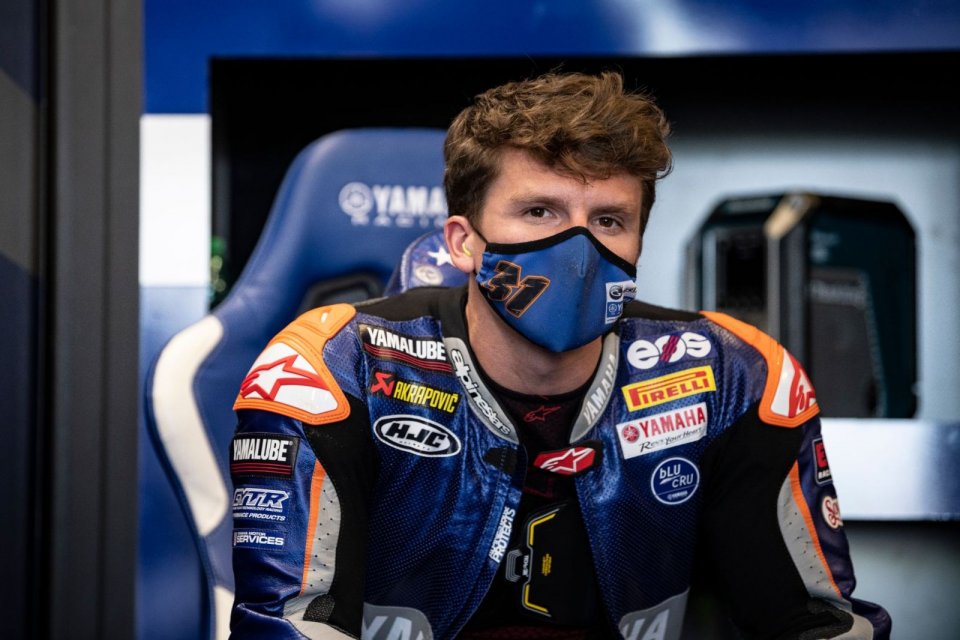 The first free practice session went well at the Misano World Circuit Marco Simoncelli. With a third time in 1’34”923, Garrett Gerloff trudged to an 11th place in the FP2, more than a second behind the leader of the day, Michael Ruben Rinaldi. Despite a not very idyllic performance, the GRT Yamaha World SBK Team rider finished 5th overall.

“I’m satisfied with this morning’s performance. The bike was perfectly balanced from every point of view,”  he began. “But I suffered more than expected in the afternoon, trying to find an adequate pace. We have to analyze the data, and tomorrow we’ll try to do our best.”

At the second full season in the top class of the derivatives World Championship, and aware of the three podiums achieved in the 2020 finals, the American rider is always on the hunt for a first historic affirmation.

“I feel I have the support of the entire team, and we have what it takes to battle for the victory. Compared to last year, we’ve made significant progress. However, to be successful, each piece must fit into place. We’re doing a great job, and I hope it’ll happen as soon as possible.”

Nonetheless, in the past few weeks, it was the accident that took place in Estoril with the Aruba.it Racing-Ducati team rider that held the stage, along with the criticism he received on his personal social media channels.

“Honestly, I neither checked what was written on social media nor paid attention to the criticism. I’m obviously sorry for what happened, both for myself and especially for Michael. We were both in the top positions and, in trying to preserve the tires, I braked early and suddenly lost control of the YZF-R1. It wasn’t my intention to hit him. I understood the mistake, and I was also penalized by the race direction, so I don’t want to dwell further on this story,” he concluded.

This is the first time there have been two or more rookies on pole position in a single premier class season since 2006 with Dani Pedrosa, Chris...
3 hours 50 min ago