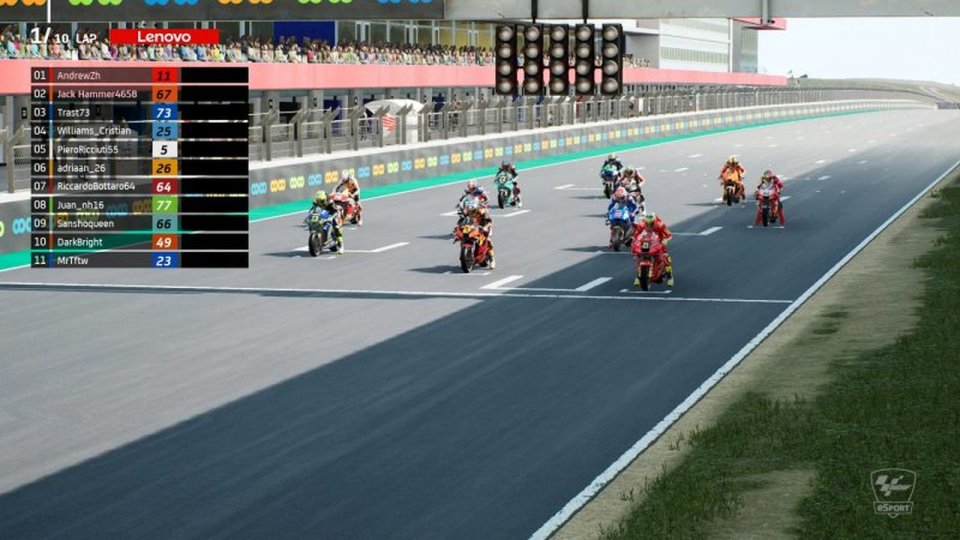 A near perfect start to the 2021 season for defending champion Adriaan_26 as he took a first and second place finish at the opening round of the eSport season.

The much-anticipated 2021 MotoGP eSport Championship is finally here and the Repsol Honda Team’s Adriaan_26 wasted no time in making his intentions for the year known. A race in Portimao and a second at the Mugello circuit opened the virtual season for the 11 riders fighting for glory.

For Portimao, Adriaan_26 was on the attack after starting in sixth and steadily worked his way through the field. Consistent race pace saw the Repsol Honda Team machine take to the top step of the podium and start off  an exciting opening weekend. 0.402s split him and Trast73 when they came across the line.

In Mugello, Adrian ‘Adriaan_26’ Montenegro onboard the Repsol Honda Team powered by OMEN machine was primed to fight for the podium again with a front row start. Slotting in just behind AndrewZH and Trast73, the trio shot off the line and were fighting immediately into Turn 1. There was an early challenge from Adrian’s brother, Williams_Cristian, on the Suzuki, but the race soon boiled down to a battle between Trast73 and Adriaan_26. Only 0.713s separated the pair at the line with the Repsol Honda Team rider clocking a safe second place.

With the result, Adriaan_26 and Trast73 sit atop the championship with equal points. The next round of the MotoGP eSport Championship will take place on August 13 with virtual action from the Sachsenring and the Red Bull Ring.

"It was a good start to the championship, there are some new riders and also the competitors who have been there more or less each year - said Adriaan_26 - Overall it’s been a strong start with the new MotoGP 2021 game, I have been practicing a lot before the event and it has really paid off. The Repsol Honda Team and OMEN have given me a great situation to train and focus on this year’s championship. We will keep working like this and see what is possible in the next races – it’s really good to be racing again.”