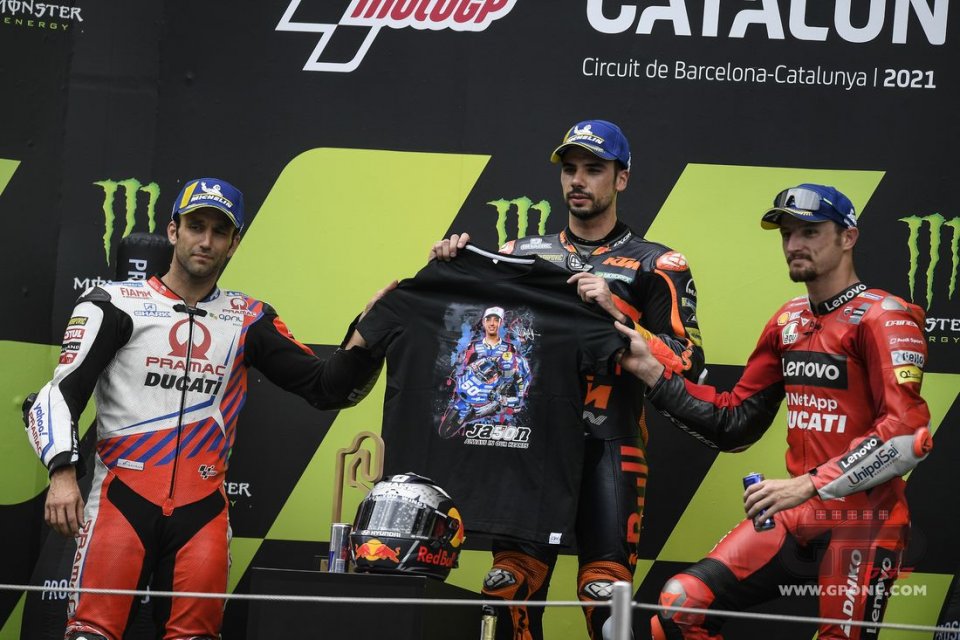 Bare-chested riders, assorted misconduct, more a brawl than a Grand Prix. If motorcyclists are to be compared to modern gladiators, this doesn't have to be the reason. Anarchy on two wheels was staged in Barcelona and those who did not race came to the fore. Again, for the wrong reasons.

Race Direction and Stewards Panel should be the guardian angels of the riders, even before their judges. Their disinterest in the safety of those they watch over is unforgivable and not even understandable. It is one thing to write that motorsport is dangerous, another to allow anything in the name of a show. Which was in Barcelona, ​​when the riders played by following the rules.

THE GOOD - From a rider on the verge of a nervous breakdown to a contender for the title, the (recent) story of Johann Zarco is all here. The chansonnier rider sang and played all his brand mates on the track. Sometimes he gets painted as a sad person, but right now he is laughing.

THE BAD - Not learning from the past is a fault. The Moto3 riders have gone from being exuberant to being dangerous, but no one seems to care. Stewards and Race Direction are like those subatomic particles that are supposed to exist, even if no one has ever seen them. Fortunately, you don't need a Nobel Prize to solve the situation, just a little commitment and a bit of common sense. It’s not asking for much… but so far nothing has been received.

THE UGLY - The higher you fall from, the more devastating is the impact. Rossi and Marquez are two riders who have flown in the stratosphere and common sickness does not reserve any joy. Neither for them, nor for the fans, who still love them and are waiting for them. Marc still needs more time, while Valentino has less and less before deciding his future. One characteristic of champions is the capacity to surprise: we are waiting… 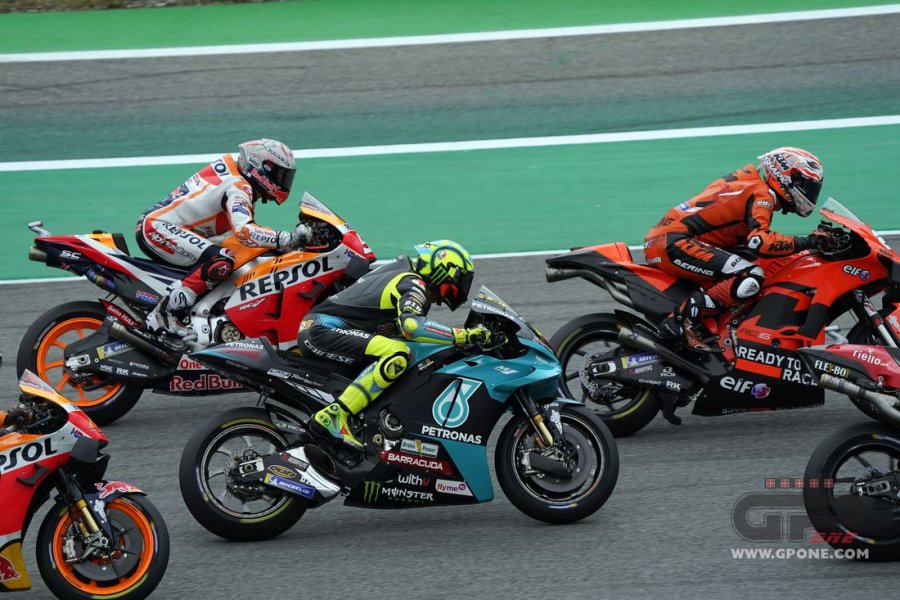 THE DISAPPOINTMENT - A wrong tyre, an apathetic race, a Pecco Bagnaia far from his usual standards. When your brand mates are on the podium there are no excuses and the man from Piedmont doesn't look for one. He's got the bike he wanted, he has to start pedalling again as he has already shown he knows how to do it.

THE CONFIRMATION - The fastest dental technician in the world has perfectly extracted another victory, without anaesthesia for his opponents. Miguel Oliveira is calm and soft-spoken when he talks, because he knows that the facts speak for him. Now that the KTM has found its way, continuing to underestimate him would be a mistake.

THE MISTAKE - In the wrong place, at the wrong time. Danilo Petrucci is looking to be reconfirmed with KTM, but he will not find it in the gravel of a run-off area. While Oliveira was winning on (almost) the same bike, the rider from Terni was picking up the pieces of a start to the season in which he is unrecognizable. Somone of his temperament has to get up, quickly, before it's too late.

THE SURPRISE - He has the right surname and look, but until this year we had only talked about Remy because of his lineage. A flower has sprung up in the Australian desert and it is so beautiful that it has already deserved a place in MotoGP. It's not a gift, Gardner had to sweat for it. DNA (this time) is not an opinion…

THE PASS - It may not have been spectacular, but it is certainly a sign of maturity reached. Gardner passed Raul Fernandez with 4 laps to go, only to leave him there and go away. That’s how you do it.

THE CURIOSITY - When he doesn't act like Easy Rider with his chest to the wind, Quartararo is a missile on his Yamaha. The one in Barcelona was his 5th consecutive pole position, the last rider to do so on the M1 was Jorge Lorenzo in 2010.

I TOLD YOU SO - "From now on I can no longer lose points from Quartararo" was Bagnaia’s mission, but he clashed with the mathematics…