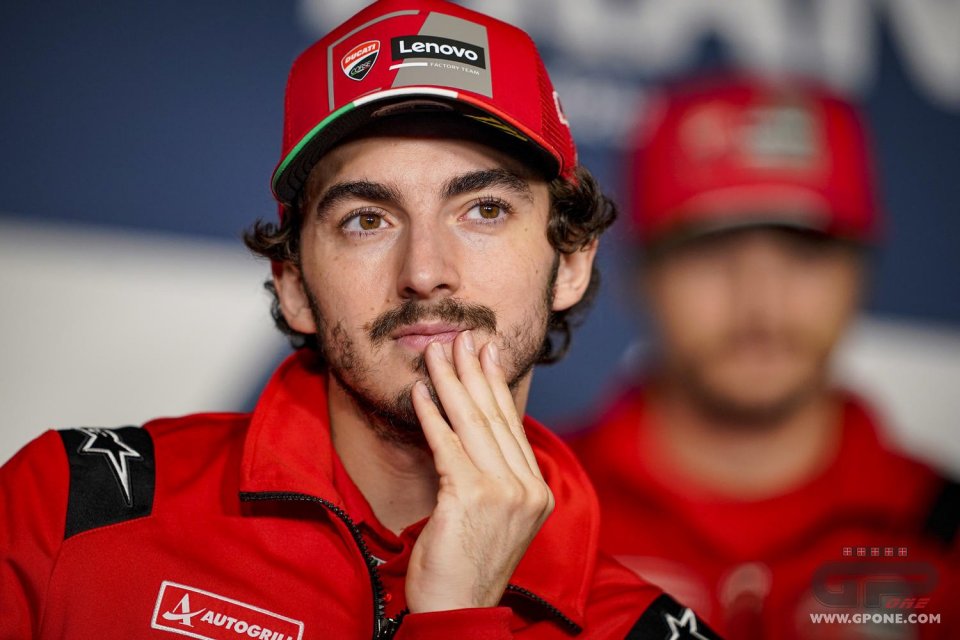 There won’t be just one Bagnaia feeling the adrenaline of the race at Mugello. Besides Pecco, who’s fighting for leadership in the MotoGP World Championship on a Ducati, Pietro Bagnaia will also be present, although with a very different role. In fact, Papa Bagnaia is Team Manager for the VR46 team, which will race as a wild card in the Moto3. An exciting moment for both, as Pecco emphasized during the press conference preceding the race weekend.

“I’m happy for my father. I think he learned a lot following me throughout my career,” Bagnaia said. “He also learned a lot in the CEV, and I told him that I think he’s very good at helping young riders as they take their first steps in their careers. He started five years ago with the young riders and did a great job. I’m happy to see him here in the paddock, and I also saw he was really nervous. It’s an important thing for our family, and it’s nice to see that he started with me and is now the team manager of a team that’s a wild card today. I also have to thank Valentino, who gave him this opportunity.”

Speaking of you and “your” Mugello, it could be the perfect place to win your first MotoGP Grand Prix.
“I’d love to win here for the first time in the MotoGP, but that’s not my main goal. The most important thing is to be consistent and competitive from the start of the weekend and, if a win is possible, I’ll try. Now I just want to be consistent. I was also lucky at Le Mans. We have to try to be fast in every session. It’s a track I like, and the Ducati adapts well to this track. I think we have a great opportunity.”

There’s rumor of the chance of beating the speed record set by Zarco in Qatar.
“I think hitting 360 kilometers per hour here is very different than doing it in Qatar. Also because the San Donato is a really crazy corner. I don’t know if it’ll be possible to beat Zarco’s record, but I think it’s plausible. Johann has perfect aerodynamics on the bike so ... Despite the increased speed – and thanks to the aerodynamics on the bike it remains a safe situation – not much has changed from this point of view compared to the past.”

Do you think the Safety Commission could mortify old school tracks like this in the future?
“They’re doing a great job in the safety commission. Next year, in Austria, we’ll have a different layout at turn two. We’re improving in every circuit. In the future, I think they’ll do something here at Mugello too.”