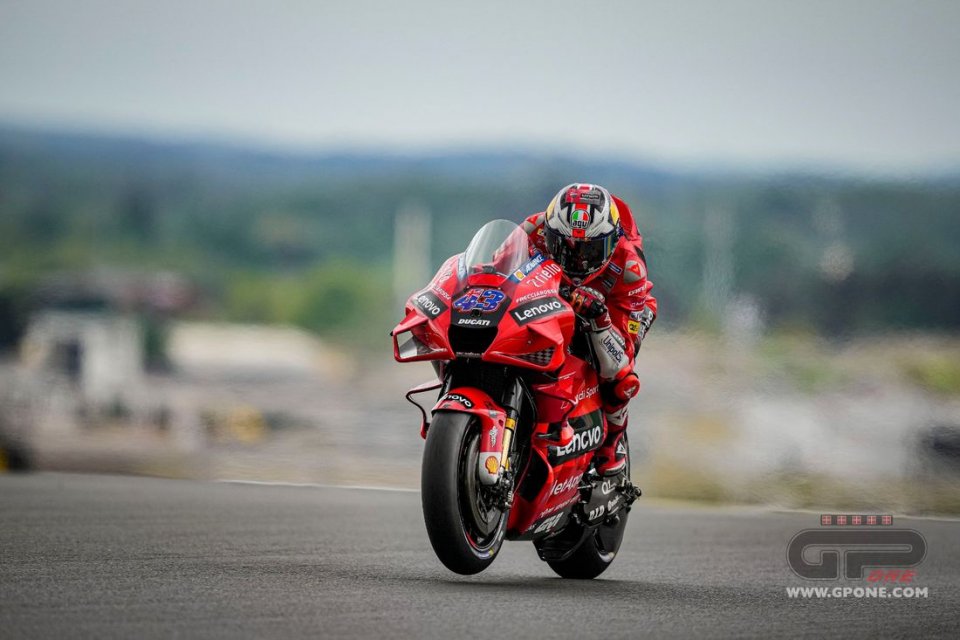 Like his teammate Bagnaia, Jack Miller also fell during the second free practice session at Le Mans. “At Turn 7, I asked too much of the front and ended up falling. I tried to save myself, but I couldn’t,” the Australian rider explained. Unlike Pecco, however, he managed to get a spot in the Q2, thanks to a 7th time.

The Jerez winner wasn’t entirely satisfied with the day:  “I struggled to stay constant due to the wind,” he said. “In the end, I managed to improve, but we still have to work on the set-up. We’re not far off.”

Jack is calm and, having broken the ice in Spain ten days ago, he faces this race with more motivation.

“ I feel less stress than in Jerez,” he confirmed. “Also because that was a track I had always struggled on, while here, and then at Mugello and Barcelona, I only think about having fun.”

That’s a term Miller likes to use.

“I’ve been working mentally for the past few months,” he continued. “Not with a sports psychologist because that’s not what I need, but on myself, also thanks to my family and Aki Ajo (ed. his manager). I understand that I have to always remember that I’m a guy who loves to ride and that, fortunately, it’s my job. I do what I love, so I have to have fun. That’s the most important thing.”

For now, that’s what he’s doing, and friendly tracks could help him. Among those, there’s also the Red Bull Ring where, as was announced today, two races will be held.

“I would have preferred to have six weeks of vacation,” Miller said jokingly. “Logically, every Ducati rider is happy, but let’s not forget that  KTM won the second GP last year. Actually, that circuit scares me. I don’t know what work they've done, but the accidents that occurred last season were  shocking. I don’t think they’ll happen again, but I think we should be able to slow down the bikes before the second corner. A chicane would be the best solution.”

Michelin: a special casing for the rear tyres at the Red Bull Ring