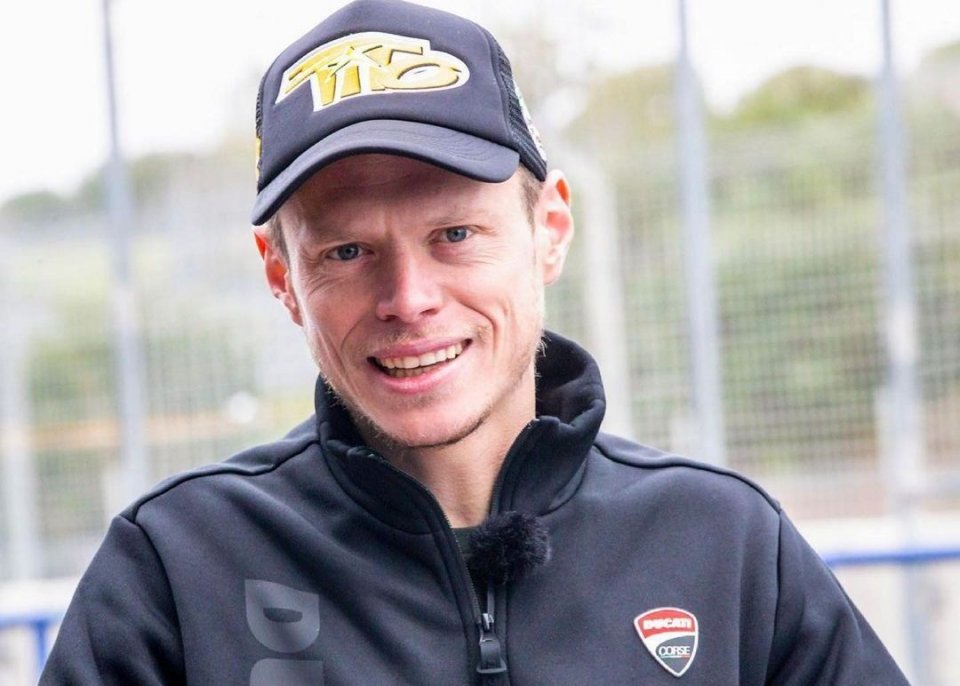 So what have we got here? Tito Rabat making his return to the MotoGP in Jerez, since Pramac called him to replace ab injured Jorge Martin. The Spanish rider is definitely curious and excited about getting on the Ducati of Paolo Campinoti’s satellite team.

Despite his commitment to the SBK, as soon as he got the call for the MotoGP, Tito ran with the ball and will be on track tomorrow to inaugurate his return to the MotoGP with the FP1.

“It’s undoubtedly a good opportunity for me,” he began. “It’s strange to return to the MotoGP after the start of the Superbike adventure. But I can’t wait to get on track, since I’ll be riding the best Ducati I've ever used in my entire career. For my part, there’s a great desire to do well and, at the same time, have a nice weekend.”

Speaking of Ducati, the one you’ve been using lately is the SBK.
“I really like the road Panigale, since I use it to train often, while the Superbike is incredible, especially the engine. However, I have to become more confident to be competitive and, as a result, I’ll need to do some more tests. The bike is competitive. With Pirelli tires, I’m confident, but I have to make better use of the qualifying ones. It’s a completely new experience for me, where my goal is to try to be strong and fast.”

A funny anecdote regarding Campinoti’s phone call, which animated the call to arms.
“I spoke to Paolo the week after Portimao. The first time he phoned me, I was doing cross, so we had to talk another time. Teasing me, he said: ‘Tito, I called you to offer you the possibility of replacing Martin, but since you didn’t answer me before, I chose another rider’. At that moment, I was kicking myself, but then it was a joke, and I went home happy for this great opportunity. Ducati knows me well. They know who I am, and I can’t wait to get started.”

Now all he has to do is get on the track.
“I’ve never had an opportunity like this in my entire career, and I’m excited. More than the bike, the most important thing is to remember how the Michelins are used,” he said smiling,” since I don’t know how many laps with the Pirelli. Honestly, I don’t know what I can do. The bike is definitely super competitive. I’ll try to be calm, work well, and finish the race.”

Tito’s face and his smile need little comment.
“If it were up to me, I’d do the entire World Championship,” he said jokingly. “Kidding aside,  I’m happy to be back in an environment like the MotoGP, where there are so many people I know. Obviously, the Superbike with Barni remains my priority, since we want to do a great job. However, I can say that Ducati is a fantastic team. We’ve seen the results achieved in Losail. They work hard, and I’ll try to give it my all. Le Mans? Honestly, we haven’t talked about it but, on my part, there’s the maximum availability to participate in the weekend in France as well. Obviously, a lot will depend on how competitive I’ll be here in Jerez, and how I’ll feel.”