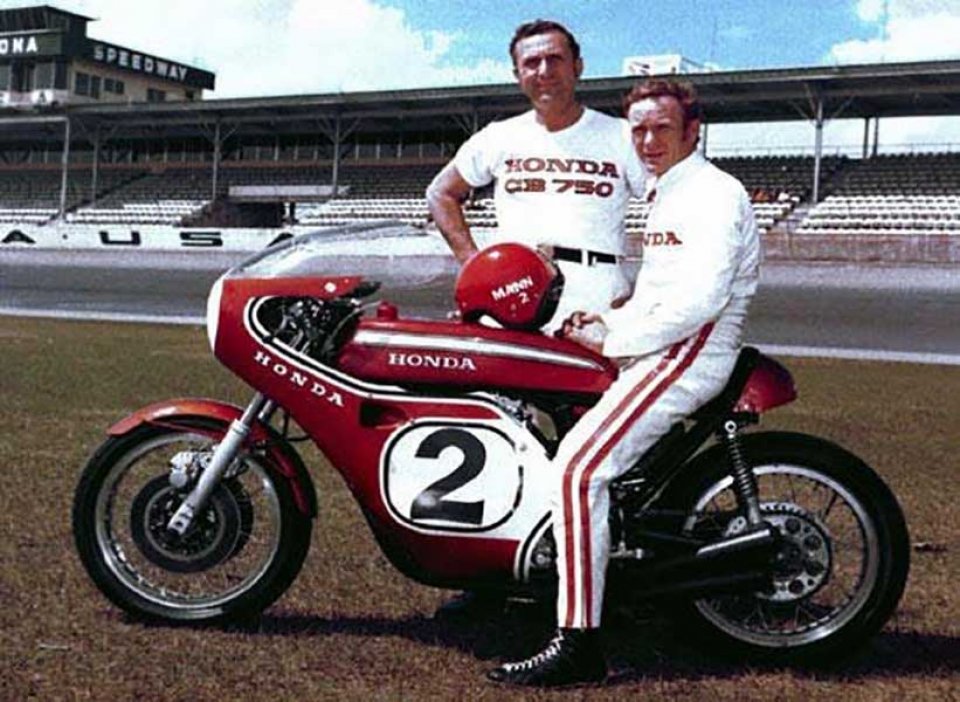 Dick Mann, one of the most iconic American racers of his era, passed away yesterday at the age of 87.

In Europe, he is best remembered for his ability to lead the Honda CB 750 to victory in the 1970 Daytona 200-mile race, beating the likes of Mike Hailwood, Gary Nixon and Gene Romero.

Inspiration for many, in his white leather suit that he wore over what looked like boxing boots, foreshadowing the style then brought forward by Lino Dainese, an exhibition was dedicated to him entitled SuperMann.