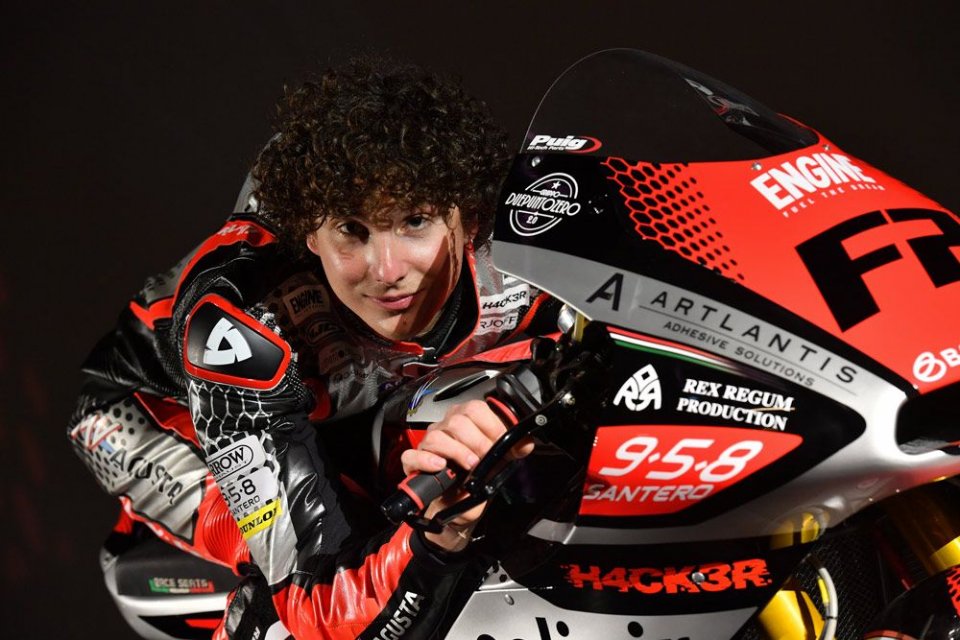 Lorenzo Baldassarri needed a change of scenery. After three years with the Pons team he decided to go back home, to Forward, with which he had raced from 2015 to 2017. This time however he has found a different team and also a new bike, the MV Agusta. It’s a legendary emblem that the rider from the Marche is proud to wear on his chest and with which he would like to achieve important goals. Lorenzo has to find himself again...

"Today I felt a great emotion, for me it is an honour to race with such an important brand - he said cheerfully after unveiling the new bike in Courmayeur, in the shadow of Mont Blanc - It also coincided with a return to the Forward team, which I found has another different face ".

Everyone knows the story of MV Agusta, do you also feel the pressure?

"There is pressure, but it is a positive pressure that spurs me on. I always want to do well and with the MV beneath me I feel an extra push, we need to transform this pressure into added value ”.

Last November, at Jerez, you were able to test the F2. Was it what you imagined?

“I had no expectations, I thought it would be a difficult bike and really different from the Kalex. However, when I got on it, as soon as I started to push I was able to build that combination between me and the bike which I thought would take longer. Instead, I felt it was mine, even though in just a single day, especially with the wet track, you find it hard to judge. But I went pretty good, I was able to build confidence after a few laps, even though it's not my strong point to start at full throttle, I usually need time to understand the situation, but I started ready ”.

What has happened to you lately? In 2019 you won three of the first four races, then you lost your way...

"I find it hard to explain it myself. I have analysed everything, because the most important thing is to learn from your mistakes and not make excuses. In 2018 I had a good season and then in 2019 I had found a perfect combination between me and the bike that the introduction of the new rear tyre ruined. Then there were a number of things that didn't help my serenity, so I got a bit lost, I had ups and downs and when you don't have continuity you can't think of winning a world title. " 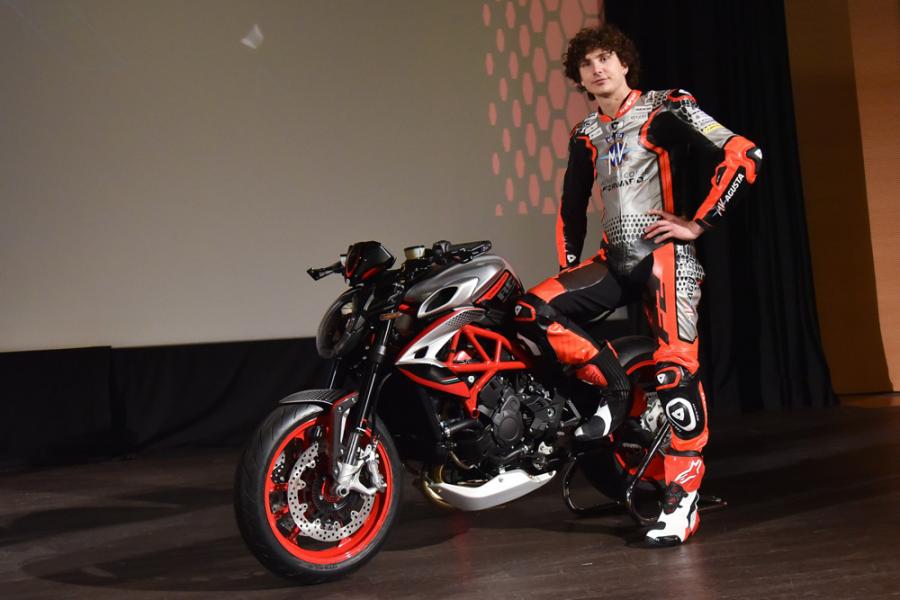 You also decided to leave the VR46 Riders Academy…

"I did it because, in my opinion, my journey with them was over. It was time to change and grow, I decided to go my own way ”.

“It was a great start (2nd place in Qatar, ed.). It was a year in which everyone had ups and downs, so I could have taken advantage of my consistency, but unfortunately, for a number of factors it was not the case. I'm talking about the new front tyre and some changes within the team that I thought would help me, but they didn't work. So I went from going fast in flashes, to never going fast, not even in the warm up ".

How do you react in those moments?

"It's difficult, because at a certain point you even think of throwing in the towel, but that's the last thing I think about because I have a great passion for engines and I like to face difficulties. So I tried to always give my best, I pulled my head out of the tunnel and, at the end of the season, I started going strong again ”.

What does this 2021 represent for you?

“We start from scratch. I have a new project in front of me and the MV intrigues me a lot, considering that Moto2 seems to have become a Kalex one-make series. I feel that urge to do something cool. After a year where I went through everything, I am ready to start ”.

Is the Balda who won races still there?

“Yes, I just have to find him again, but I know where he is: I don't have to go looking for him (laughs)”.

What can the Forward team give you and what can you give it?

“The team will be able to give me a lot, because they show me that they are working hard and have a great desire to achieve results. This gives me a rush to give 110%, because sometimes in Moto2 100% is not enough. On the other hand, I can bring my experience and a lot of information ".

MV Agusta has been waiting for a podium for many years ...

“This would be a good first goal, then we will see the other goals along the way. We will have to see how we start, in the tests it will be important to find a good base and then start making good placings from there ”.

Motorcycling mourns Reinhold Roth, the unfortunate star of the 250