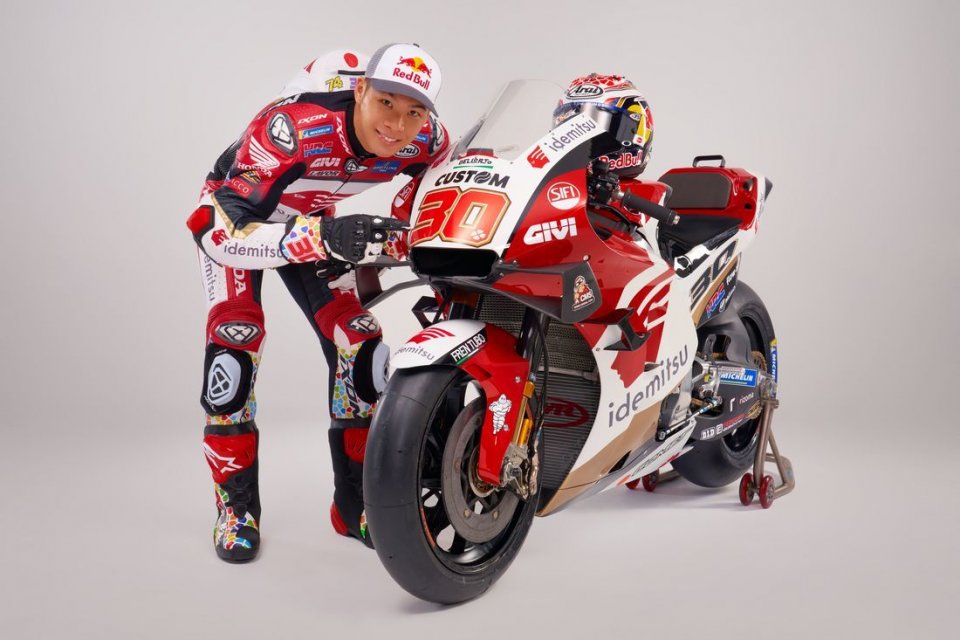 For 2021, Takaaki Nakagami’s Honda LCR is sporting a little gold on the fairing, the colour of champions. The Japanese rider hopes that it is a good omen because, in his first year in MotoGP with a factory bike, he wants to aim high. Last season he showed he has the speed to stay with the best, but he never managed to achieve a good result in the race.

"I couldn't control myself mentally, I was a bit out of control. It's something I have worked on over the winter, even if training is one thing and racing is another," he admitted.

Are you referring above all to the Aragon GP where you started from pole position?

“I was too excited and couldn't handle the pressure, I knew I could fight for the win but after 20 seconds I was in the gravel. It was an important experience, because I didn't make many mistakes last season but I made them all in important moments. I didn't turn to psychologists or mental coaches, I preferred to work on myself. This year I can no longer afford to make mistakes ".

Will having a factory bike help you?

"In the past three years I have always had the bike from the year before, at times it was positive and others not so much. It was often difficult to show my full potential with an engine with less power and top speed. Now, in MotoGP, all you need is to lose a tenth of a second on the straight to make everything difficult. I also hope I can help with development, there are some areas where the Honda can improve ”.

Everyone says that it is a bike that needs an aggressive riding style, is that right?

Where can you still improve?

“When it comes to changes of direction, I'm not the best and you can tell by looking at the data. In the tests in Qatar I will try to improve the bike but also myself ”.

Bradl tested for a long time in Jerez, did you have the chance to talk to him?

“No, and neither to the HRC engineers, I will do it before the tests. I've seen some photos and it looks like Stefan tried a lot of new things, including the frame and swingarm. I'm not worried about the new bike, I'm sure it will be better than the one I used last year, the 2019 bike. I will be very busy in Losail, they will be important tests having not been able to go to Sepang, and I'm excited to try the new bike. Apart from Marc, I'm the most experienced rider on a Honda, but I think Pol Espargarò will be able to adapt quickly ”.

You presented the LCR team in Cervera, did you have the opportunity to meet Marc?

“No, I just talked to Alex but I didn't ask him about his brother. I know that a lot of people do it every day and I didn't want to be another one. I saw the photos he posted on social media, he's not in perfect shape yet but he's improving ”.

What do you expect from this championship?

“I hope to be more consistent, to fight for the podium and for the title. It won't be easy, because there are so many riders and so many competitive bikes. Mir won last year thanks to a super consistency, but at the moment it is difficult to say who is stronger ”.