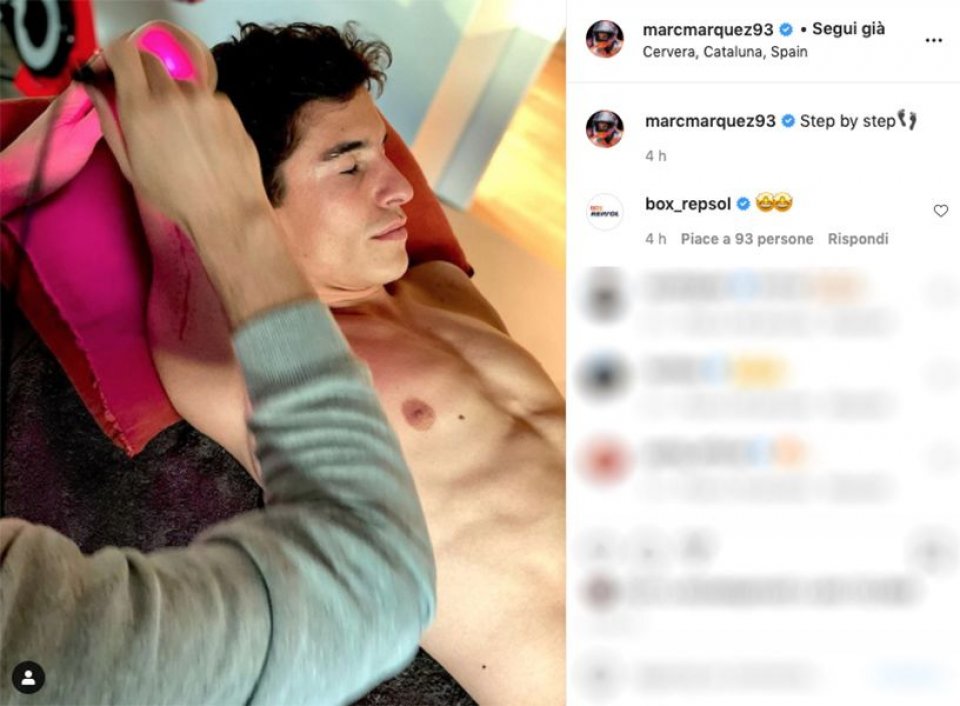 Step by step. There is no other phrase to accompany the photo published today by Marc Marquez, which shows him being treated by a physiotherapist in the area of his humerus, which has undergone three operations in less than a year. It is something of a race against time for Marc, who is certainly doing everything possible to try and be on the bike for the first test in Qatar.

However, that scenario seems unlikely, leaving more room for the possibility of seeing him back on the bike after the first stages of the championship, perhaps in late spring. In any case, Marquez is working hard, because however long the road may be, the only way to tackle it is by proceeding step by step. Exactly as he is doing.