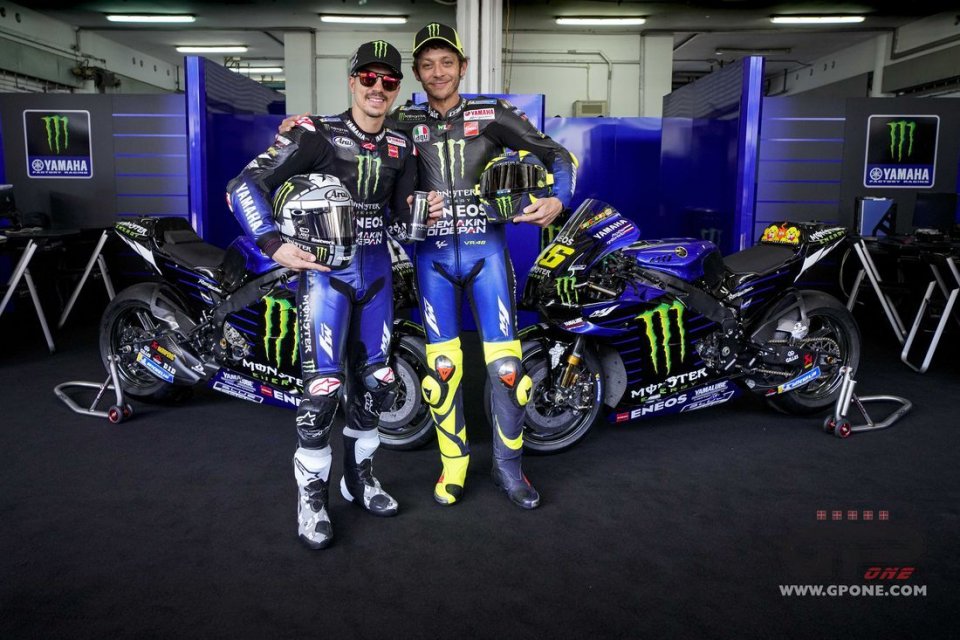 On January 12, Maverick Vinales celebrated his birthday and at the age of 26 he begins a new phase of his career, with more responsibility and a different teammate in Yamaha. On the other side of the garage he will no longer find Valentino Rossi, but Fabio Quartararo. The goal is to bring the M1 back to victory after a few under-par years.

Interviewed by Las Provincias, the Spanish rider tried to imagine what this season will be like without the Doctor.

“It will be very different, we'll see if it is positive or negative - he explained - From what I feel it will be positive for me because in the end the development of the bike has been changed. With Fabio we will try to improve, to work a little more together to find the key. Valentino has contributed in a very important role for Yamaha and in the end he will only be in the box next door; he will have an official bike and he will continue to be there”.

"It's hard to say - he continued - Everyone gives their opinion and Yamaha did what they wanted".

Maverick identified one point where he can make a difference…

"We need to improve mainly in giving information, in understanding what we need for the race," he underlined.

They will also have to do it quickly, because it seems there will only be 3 days of testing before the start of the championship and so no room for mistakes.