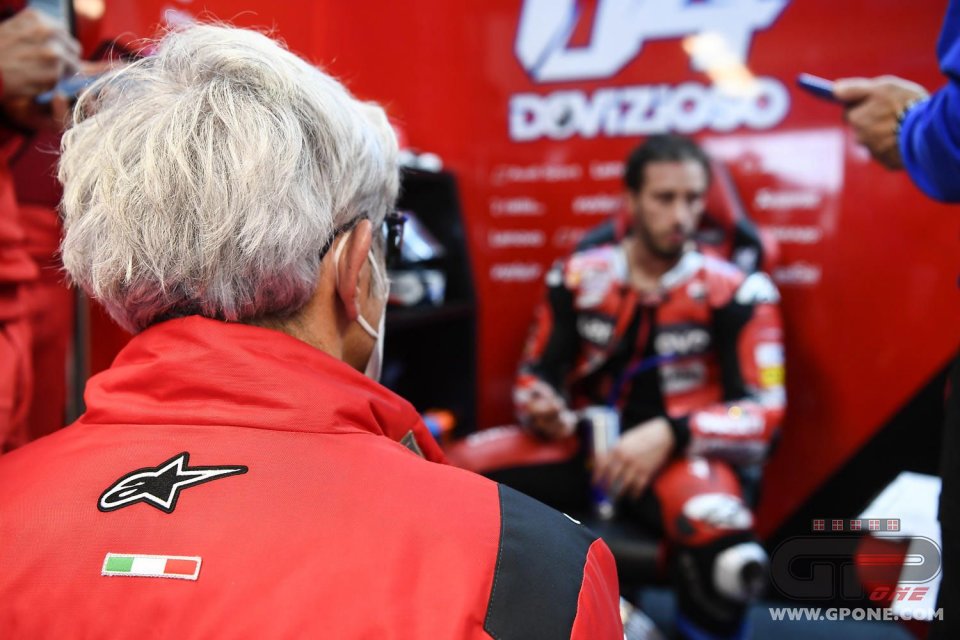 Several weeks ago,  Gigi Dall’Igna explained the origin of the separation between Ducati and Dovizioso: “Since the relationship had deteriorated, I believe that the real decision was made in mid-2019 in a meeting held here in my office and, in the end, I was convinced that neither of us wanted to continue with the contract. Anything can change but, from that meeting, it was clear that it would be difficult for us to find a way to continue the Dovizioso-Ducati duo. A lot of things happened, and we ended up having a different team for the future,” he told us.

Andrea spoke in an interview with Gazzetta dello Sport: “That was supposed to be a technical meeting,” he explained. “There were different ideas, there was friction, and we wanted a meeting with all the engineers. It started as a technical meeting, but it became a confrontation between the two of us, and I don’t know how to describe it. Gigi felt…attacked. As for me, he closed the doors right there, but he closed them keeping quiet.”

The conflict started then, and they never resolved it. Dovi is very clear: Dall’Igna makes all the choices.

“These decisions come only from Gigi. There’s talk of Ducati, but that’s wrong. All decisions made since he's been there are his. Like Lorenzo instead of Marquez in 2017. At the beginning of 2016, there was the possibility of taking him on, but Gigi had already decided he wanted Lorenzo.”

The relationship between rider and engineer, at least in recent years, has certainly not been idyllic.

“To get along with Gigi, you don’t have to go against him. Instead, by supporting certain ideas, we had a conflict,” Andrea continued. “A Ducati rider is continuously under pressure. As long as things are fine, okay, but as soon as you do something wrong… boom, disaster. Being relaxed is a challenge.”

This situation also had an affect on results.

When asked what the relationship with Dall’Igna was in 2020, Dovi’s answer was clear: “Zero. But the past years it was ... thirty percent? Not more. Since Jorge arrived, but not because he was there. Since 2017, from all that arguing and going against each other, my team and I have become a bit isolated. We no longer talked to develop the bike, only commented on what was happening [...] Since 2017, we have not gotten together to speak calmly. No. I’d give feedback, he’d take it, and would manage it in the best way possible. Like in the F1. The team’s set up is like this: more engineers and  managing lots of things. And, for me, compared to other constructors, Ducati is better at it. That’s why we remained competitive, even if the bike, everything together, was not the same. A view of the bike from the top was missing.”

If Dovi was clear about his past, he kept every door open regarding the future, especially on a possible replacement for Marquez.

“I want to see what they offer me. If they will. I have an idea.”

For now, his upcoming appointment is with cross races.

“I checked. I’m not losing any races doing the winter tests,” Dovi commented.