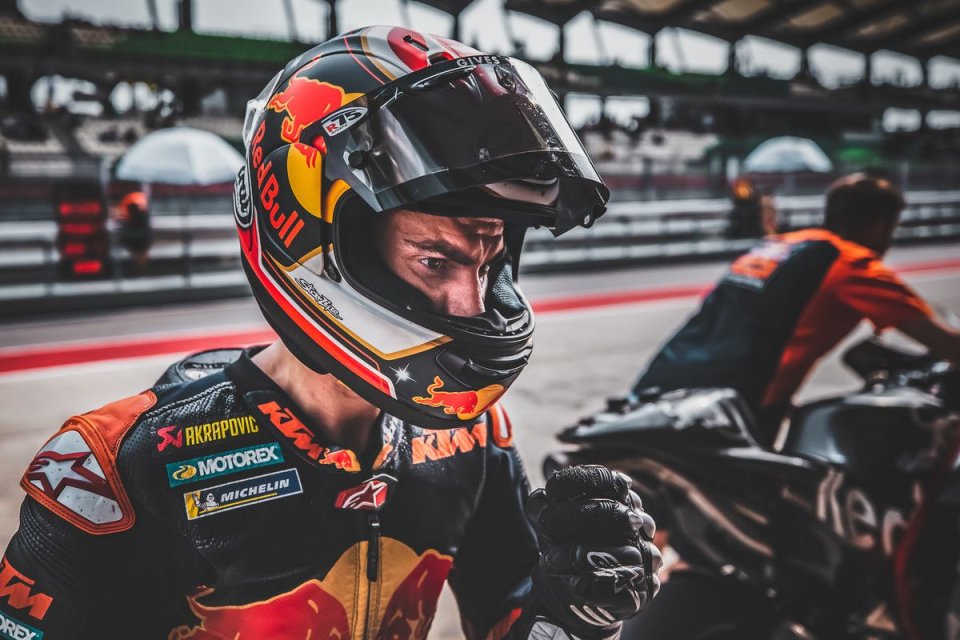 Dani Pedrosa and Mika Kallio will continue to form the pair of KTM testers and reserve riders in 2021. The Spaniard joined the Austrian family at the end of 2018, after saying goodbye to Honda and embracing the cause of the Mattighofen manufacturer. His merits were immediately evident, because the RC16 has made enormous steps forward over the last two seasons, picking up three wins in 2020, thanks to Binder's triumph in Brno and victories in Austria and in Portimao by Oliveira.

The bike’s competitiveness increased so much that KTM lost the possibility of having concessions (see HERE). A price that the top management of the company were willing to pay with great pleasure in the face of a clear growth in their project. We must not forget the importance of Mika Kallio, who has been part of the team since the early stages of the Austrian prototype and who has gone through the entire evolution of the RC16. In addition to the role of tester shared with Pedrosa, Kallio will also be KTM’s reserve rider, a role that the Spaniard does not want to fill, preferring to avoid any return to racing and choosing instead to focus on the tests necessary to help further improve the RC16.

“KTM is very keen to keep improving – declared Pedrosa - and I’m only too happy to keep working with them and helping their riders onto bigger goals. I want to thank Pit Beirer, Stefan Pierer and Red Bull for all their trust in me.”

Great satisfaction also for Mika Kallio, who at the not particularly tender age of 38 can still be part of this project that he has literally seen start from the ground up.

Pit Beirer also accompanied with his own comment the news of the confirmation of both drivers.

“In 2020 we could show how well and how fast we are working behind-the-scenes for our MotoGP programme – he declared - and both Mika and Dani’s input were important in the progress we have made. It’s only been four years, but it gives the whole company a lot of pride and excitement to be able to set new targets and to make more memories in MotoGP.”