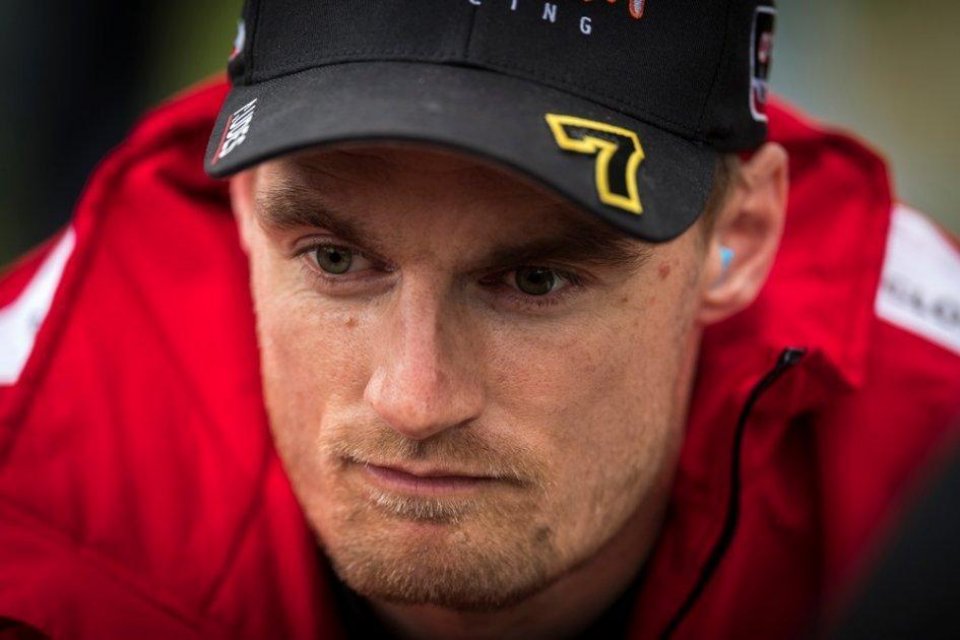 It has to say the least been an incandescent week in Aprilia. The 4-year ban imposed on Andrea Iannone has in fact forced the Noale manufacturer to review its plans for 2021.

Initially there was a possibility leading to Cal Crutchlow, but the British rider preferred to say yes to Yamaha as a tester. Andrea Dovizioso immediately said no, while Jorge Lorenzo is wondering whether or not to take the offer of test rider.

At this point they weighed up the possibility of some Moto2 riders: Marco Bezzecchi, close to the VR46 team for 2022, declined, and so has Fabio Di Giannantonio, it seems. Max Biaggi then proposed his former protégé, Aaron Canet, but it seems that even the young Spaniard does not feel like taking any risks.

On the table, to tell the truth, there is still Tito Rabat who, after being dumped from the third Ducati team, is looking for a ride so as not to cross the Rubicon and move over to Superbike. Unfortunately, the MotoGP paddock does not offer much more at the moment, so it was decided to look elsewhere: to the Superbike paddock. At the moment one of the big names still without a contract for 2021 is Chaz Davies. A combative rider who has attracted the attention of the Noale manufacturer.

But let's rewind the tape for a moment. As we all know, Ducati has not renewed its contract for next season with Davies, the Borgo Panigale company preferring to focus on Michael Rinaldi. Despite the decision to abandon the #7, in recent weeks Aruba has however started talks with the Welshman, in order to place him in the Go Eleven satellite team, practically guaranteeing him official treatment.

The signatures seemed to be on the point of arriving, but apparently the Aprilia proposal seems to have convinced the rider to seize the moment. For Chaz it would be a return to MotoGP more than 14 years after the last time. It was in fact in 2007, when the Pramac team decided to bet on him to replace Alex Hofmann, first at Laguna Seca, and finally in the last three races of the season. There is not much to remember about that adventure, since Davies came home with a 16th place as his best result. It must also be said that that the Ducati was in no way comparable with the evolution that the project would undergo in the years to come.

From there the leap into Supersport, with the two-year period marked by Triumph and later by Yamaha, the latter a launch-pad for his move to Superbike with Aprilia, that is the company he will find on his path nine years later. However, the 2012 adventure with the Noale manufacturer lasted only one season before he moved on to BMW, followed by seven years in Red with Ducati.

An experience that will forever remain etched in the minds of Davies and the men in red. Too bad that Chaz, as well as Dovi with Marc Marquez, came up against a certain Johnny Rea on his way, who never took any prisoners on his Kawasaki. But we leave him with the success at Estoril, the best way to close a circle that gave him 32 races won in 234 disputed in the top class, accompanied by 98 podiums and seven pole positions.

This could therefore now be an opportunity for a return to MotoGP. With the farewell of Cal Crutchlow, it could be Chaz Davies who picks up the baton left by his fellow Brit. With BT Sport on TV pressing for an Anglo-Saxon rider, the colour of his passport could succeed where the results did not.