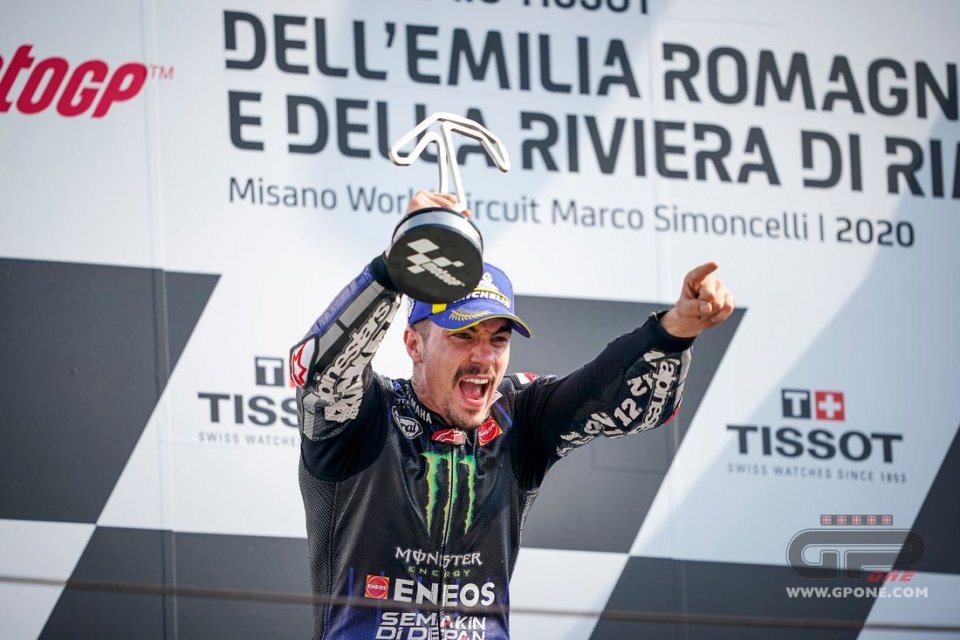 Vinales’ victory was payback for all those who had questioned him about his race results. Before today, Maverick had always been fantastic during practice, but he blew it on Sunday and so receiving criticism wasn’t that strange. But the Spanish rider demonstrated that he learned a leson from it and, after the victory, his smile was worth more than a thousand words.

“I know most people think that my mindset was to blame for my results, but that has never changed. It has always been a winning one. I wasn’t confident on the bike, and this stopped me from fighting. I worked to be confident, and I succeeded,” Vinales emphasized.

After the finish line, you put your finger in front of your mouth as a sign of silence. Who did you want to silence?

“Myself."  He laughed. “I always want to win and, when things go differently, I get angry. I told myself to stay calm.”

Was it an important victory also from a psychological aspect?

“I removed all the doubts that people tried to put on me. Looking at the data, I knew what was wrong, so I was calm and focused. I wouldn’t say Maverick is back, because he’s always been here. He’s never left,” he said laughing. "What I changed was the balance of the bike, and this allowed me to improve my confidence on the front. Today, I was able to be very consistent. What makes me happy is being able to push from the start to break away.”

You looked like a different rider compared to last week.

“The problem was a wrong choice for the rear tire, but I also lacked confidence in the front. Today, on the other hand, I feel happy and satisfied, because I made a good start and was fast in the first laps, where I usually suffered.”

What was the turning point?

“Now I can say that I’m glad I was in trouble on Friday. Being in that situation gave me the opportunity to improve.”

Would you have won if Bagnaia hadn’t fallen?

“Pecco was really fast. I tried to break away from him in the first laps, but I couldn’t. After passing me, I thought about staying calm and saving the tires. It was a smart strategy because, in the second part of the race, I was catching up with him. He made the difference in the third sector of the track, but I had kept something for the last five laps.  Maybe I could have caught up with him, but I don’t know if I would have been able to pass him.”

Quartararo also complained about the difficulty of overtaking with Yamaha.

“I noticed it already this morning in the warm up. I was behind Milller. I was faster than him, but there was no way to overtake him. I was only heating up the brakes. It’s our weak point. In the tests in Barcelona, I will try to study the Ducatis to understand how to improve. We need to find more grip in acceleration. With the M1, you have to be in front of the first corner. If you succeed, then the race changes.”

Are you already thinking about Barcelona?

“Now I just want to enjoy this moment, I’ll start doing it tomorrow. This result is also very important for my team. They did a great job this weekend.” 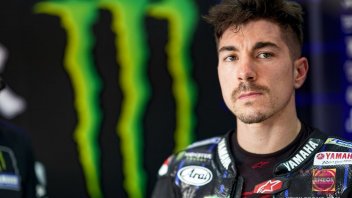 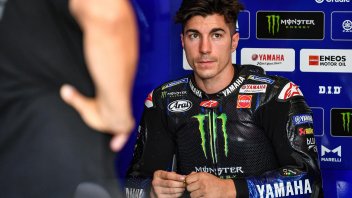 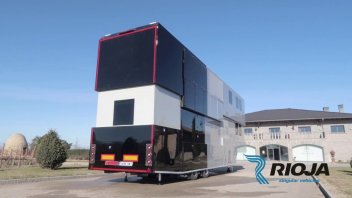 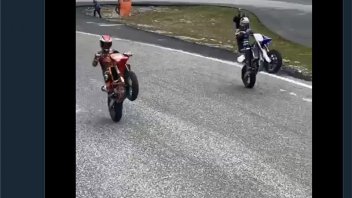 VIDEO: Pol Espargarò and Vinales: together they train ... and wheelie 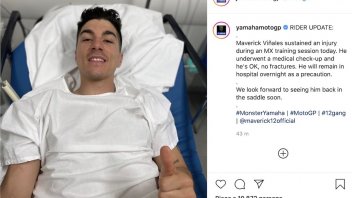 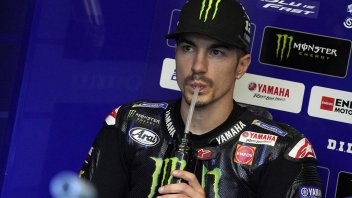