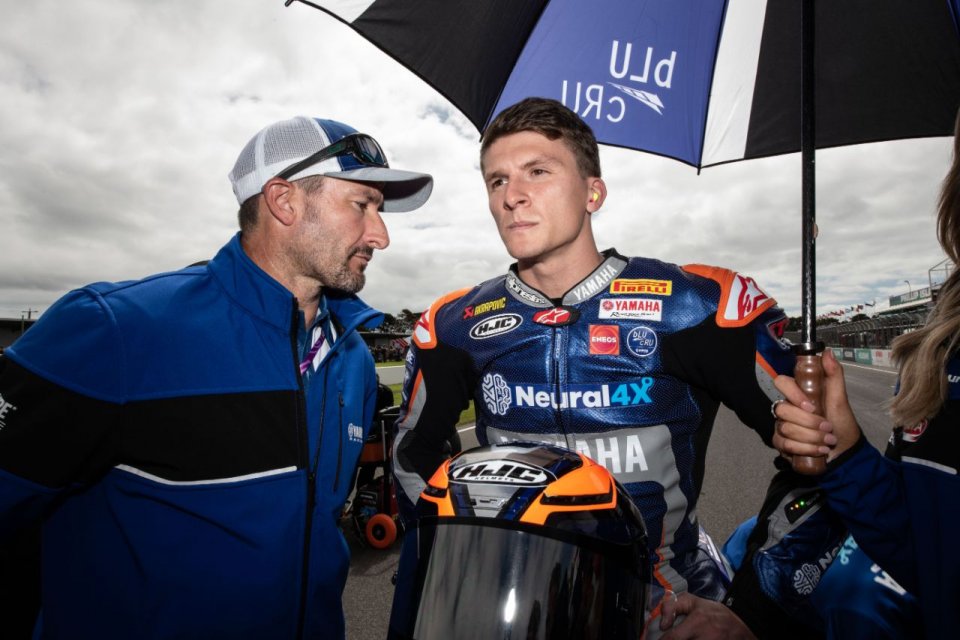 Instead of focusing on the material to be brought to the track in Barcelona, ​​in recent weeks Yamaha has had to deal with the situation linked to Garrett Gerloff. As we well know, the Anti-COVID prevention rules limit travel between America and Europe, therefore the PATA team had to deal with this reality.

In the end, the American rider will be regularly on the track on Wednesday and Thursday, enjoying a special permit issued by the Government. Not exactly a foregone conclusion, as Andrea Dosoli, Superbike project manager told us a month ago. A story that also involved Toprak Razgatlioglu, who was unable to leave Turkey to go to Spain according to the rules laid down by the country. For both men, however, these obstacles have now been overcome and tomorrow we will see them in action.

For Garrett, the two days in Catalonia will be an opportunity to get back to grips with his R1, after the inaugural round of Phillip Island that left a bad taste in his mouth. Due to a crash in the Sunday morning warm-up, the American was forced to raise the white flag due to a head injury, as a result ending the weekend earlier than expected.

He will be at Barcelona therefore, and so will his teammate Federico Caricasulo, both in GRT colours. Also present will be the two factory riders, namely Toprak Razgatlioglu and Michael van der Mark. During these months of racing inactivity, the Turkish rider took advantage of Kenan Sofuoglu's private track to keep fit. The Dutchman, on the other hand, once he returns to the World Championship, will want to end his time on the R1 in the best possible way and then move on to BMW from next season. Not to mention Loris Baz, who is waiting in the wings to take his seat as a factory rider…

At Yamaha, therefore, there is no lack of curiosity to see their riders on the track again: "It's been a long time since the last race” said Andrea Dosoli, “with the world finding itself in an unprecedented situation since we departed Phillip Island back in March. A lot of people in many countries have suffered hardship as a result of the coronavirus pandemic, which is still far from over. The situation has improved to the point where we can return to racing, but we must make this return in a responsible manner. We have implemented a strict safety protocol for this week's test and the rescheduled races, to ensure that we minimise the risk of infection to our riders, our team staff and the people we come into contact with.”

He also had time for a comment about the tests: “We have a lot to test during the two days in Barcelona if we are to be ready to restart the season in Jerez. We saw in Australia that our riders and our R1 are able to fight for race wins and I am confident that we can maintain this momentum during what promises, with six confirmed race events in just 10 weeks, to be an intense season."

Dovizioso complains of lack of grip and that the Yamaha must be ridden in a...