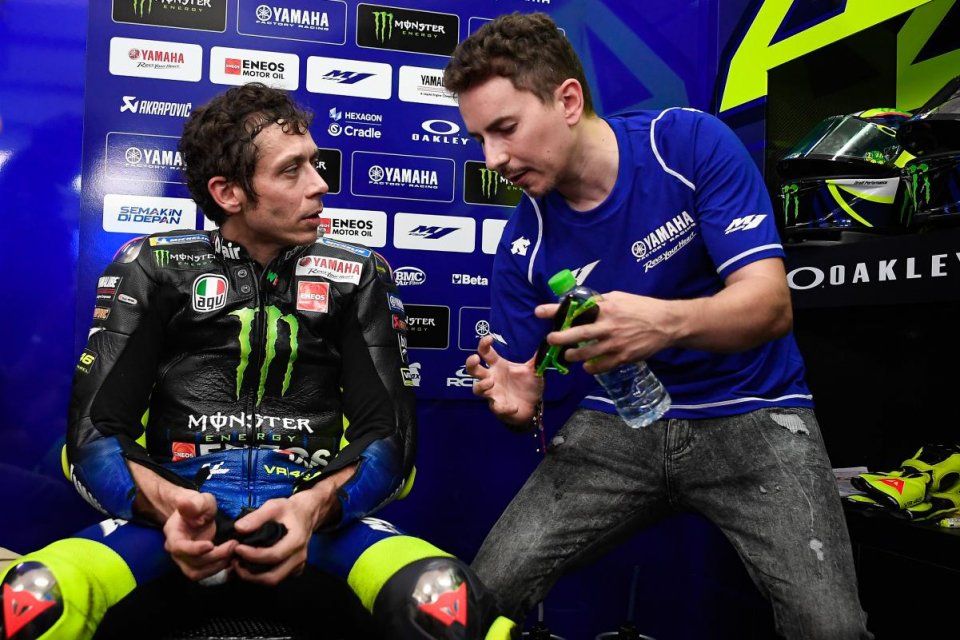 The coronavirus, which so far prevented the first MotoGP Grand Prix of the year from taking place, has now caused some other victims: wildcards. The MSMA, the association that brings together the manufacturers, has in fact recently decided that this year only the team’s regular riders will compete.

The reason is the same as before: to reduce the number of participants in Grands Prix as much as possible.

This means that any chance of Jorge Lorenzo returning to racing this year has vanished, but not only him; Michele Pirro for Ducati, Stefan Bradl for Honda, Sylvain Guintoli for Suzuki, Dani Pedrosa for KTM and Bradley Smith or Lorenzo Savadori for Aprilia will also have to remain at home.

Unless one of the latter two is promoted to the regular team, even temporarily, in case Andrea Iannone is unable to race.

After all, what is the use of a tester racing with development frozen? It could be said that a certain degree of evolution is always possible, but evidently at this moment it was decided not to complicate life; seen from the outside however, it is a real shame for those riders who spend hours and hours lapping empty circuits anxiously waiting for an opportunity to shape up against their colleagues in the races. It’s an opportunity that allows them to ‘level’ up their performance with that required by the top-class riders.

"It’s not good news,” admitted Michele Pirro. “In theory I should have done three Grands Prix by contract: the two Italian races and Valencia, so it might have been possible, but this decision was in the air. I would have been amazed if it hadn’t been the case. Let’s hope at least that the CIV, with its two races, will restart on June 20 at Mugello ".