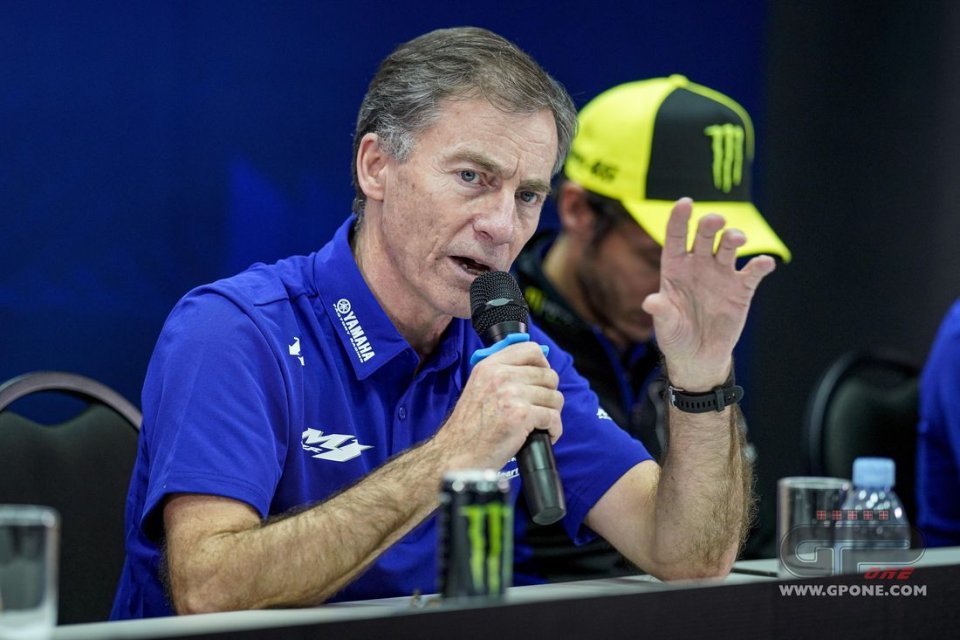 This missed start to the championship is in some ways a travesty of justice for Yamaha. In recent months, the Japanese manufacturer’s technicians had been working day and night to improve the M1, then Lin Jarvis made his move on the market to plan the future, giving up on Rossi in favour of Quartararo and Vinales. Everything seemed to be going well, but the coronavirus pandemic has brought a premature halt to any track action.

Now Lin, like everyone else, is waiting for the championship to start up and in the meantime, in an interview with La Gazzetta dello Sport, he has been taking stock of the situation and the decision to focus on Maverick and Fabio for the next two years.

"Our mission is to race, if we race it is to win and we want to do it using the best possible weapons, be it software, hardware, riders or mechanics" said Jarvis.

The result is that there was no place left for the 40-year-old Valentino.

"We are happy for the 2021 team - he said - In Quartararo we have the fastest and best young rider, Maverick has many years of experience in MotoGP. It is the strongest duo to go up against Marquez ".

However, the Doctor has not been pushed to one side, the door for the Petronas team is open for him and Jarvis would like him to go through it.

“Vale will have to decide if he wants to move forward, and then together we will have to find ways to do it. It will happen before he starts racing again - he explained - My desire is that he goes on racing: ending your career like this, with fewer races and without spectators, would not be right for a champion like him. And it would also apply to our sport: we will need to start again with confidence, with people in the stands, and Vale on the track will be something we will need ".

Among the dreams of the fans, there is that of seeing the reformation of the Rossi-Lorenzo pairing in Petronas colours. The Yamaha manager, however, is cautious about this possibility.

"It would be interesting, also because I wouldn't have to manage them - he joked - But I think it's unlikely: the main purpose of the Petronas team is to help grow the next generation. And I really like Morbidelli. He’s on the shopping list of other manufacturers, but I hope he stays with us. "

Jorge had announced a wild-card at Barcelona, ​​but for the moment everything has been put on standby.

"He too is now confused: it becomes difficult to decide whether to go back to racing without being able to do any laps - observed Jarvis - He was supposed to do a wild-card at Barcelona, ​​now we don't even know if it will be allowed this season".