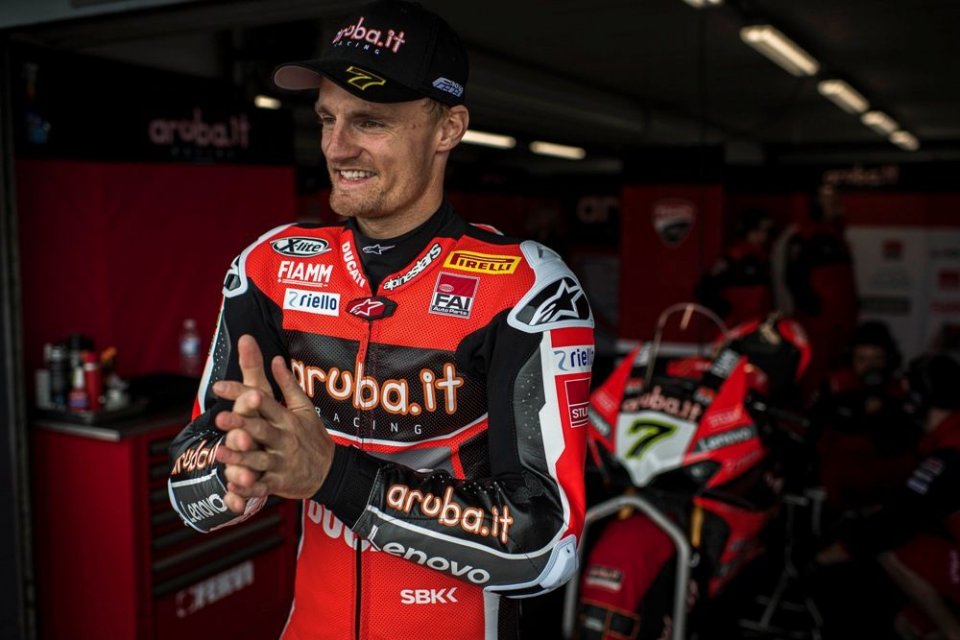 Not only MotoGP riders, but also Superbike ones, are the stars of video chats lately. This time, Chaz Davies met his many fans on the Superbike Instagram profile. Many had questions for him, and he didn't shy away from answering.

Staying home is also surreal for Chaz, compared to his usual habits. “It's really strange for us riders,"  Davies began."We're always on the road, and now we're all inside at home because of this virus. We hope that everything will be resolved in the best way, even if I always try to find opportunities in any situation. In fact, I set up a home gym to try to train and keep fit."

There were lots of questions about the Superbike, especially about the Ducati. “Compared to the V2, the V4 is an extreme racing bike," he said. "The first time I got on the bike, I knew that I had to change my habits, since the four-cylinder V is different than the two-cylinder."

Attention then shifted to the tracks. “Laguna Seca is undoubtedly my favorite track ," he revealed. "A fantastic one. Donington is also really nice but, in that case, you have to ask Sykes for advice, since he's really fast." Davies then quotes the BMW rider, to whom he would like to make a proposal: “I'm practicing a lot on my drums these days, and I have to say that I'd like to put a band togehter in the paddock. I know that Laverty plays the guitar, while Sykes could sing."

Finally, he talks about past and present riders: “In my opinion, Razgatlioglu is a very strong rider, and he's already proven it," Davies emphasized. "In Australia, he managed to win in the first race. My idols? I've always liked Doohan, Fogarty, but also Rossi. Among the many, however, I would have liked to race with Barry Sheene.”