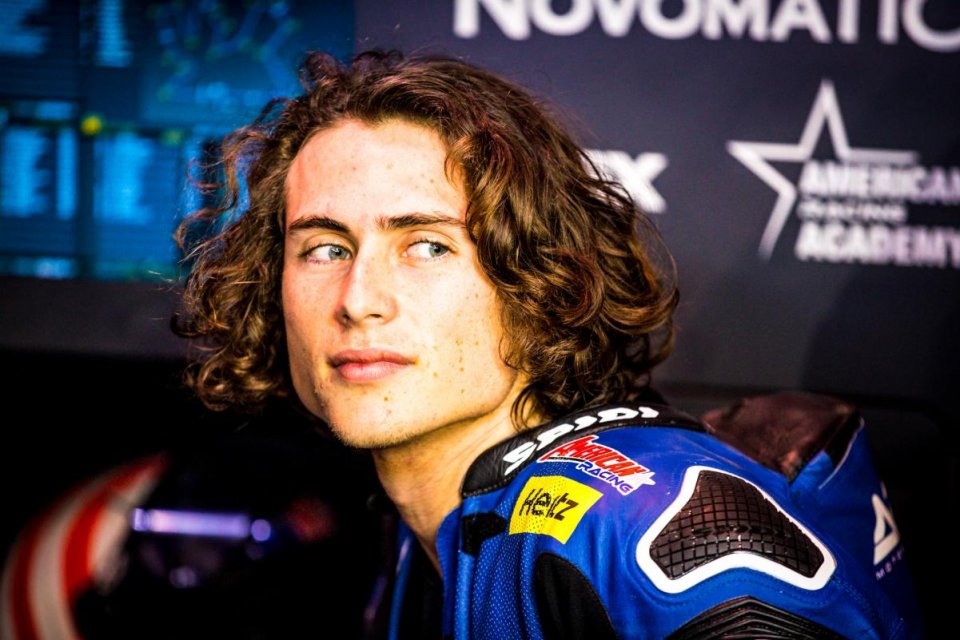 Unfortunately, the 2020 season is slow to start, but the first round held in Qatar (for the smaller classes) still produced some new indications and faces to discover. The latter certainly includes that of Joe Roberts, the American who brought the Stars and Stripes flag back to pole position and who then finished fourth in the race: after two difficult seasons the boy from Malibu therefore seems to be on the right path: “This year, the team (American Racing – Ed.) really helped me out with getting some really good people behind me,” Joe said in an NBC Sports interview. “They’ve believed in me from the beginning.”

Joe is showing that he has clear ideas, and that he is not afraid of the possibility of finally being able to fight for the top positions. “It’s always something I wanted to do, and it’s always something I thought I was capable of doing. I’ve always visualized myself winning pole positions and leading laps, so once it started to come to life, it started to feel normal really quickly. I think that’s a good thing for the future.”

However, Roberts' desire to continue to amaze has been hampered by the Covid-19 emergency, which the American was quick to point out.

“Obviously I want everyone to be safe, have this thing under control and have everyone comfortable to be at the race, but I want to go back to racing. I think everyone wants things to get back to normal.”

One thing is certain, and that is that an American in the top positions could awaken American interest in motorcycle racing, and Roberts is fully aware of it.

“My goal is to be the best, and whatever people take from that is what it is. But it would be great if American fans took a huge interest in it, great for the sport and great for America.”

After all, the United States has had a long tradition of champions, who obviously have a place in Roberts' mind: “I know Kenny Roberts was quite aggressive, he’s American and he comes from the dirt track, so you have to be aggressive. The number 1 thing I can remember from Randy Mamola is his spectacular saves. Eddie Lawson even now is fast on a motocross bike, so also back then, I don’t know if I’d want to race him. Wayne Rainey is one of the hardest workers I’d know, the mentality he brought into the sport was crazy. Kevin Schwantz seems like he would be fun to hang around with at the track. Nicky Hayden was one of my biggest heroes and somebody I looked up to for my whole career. I cried when I saw him win the world championship in 2006.”