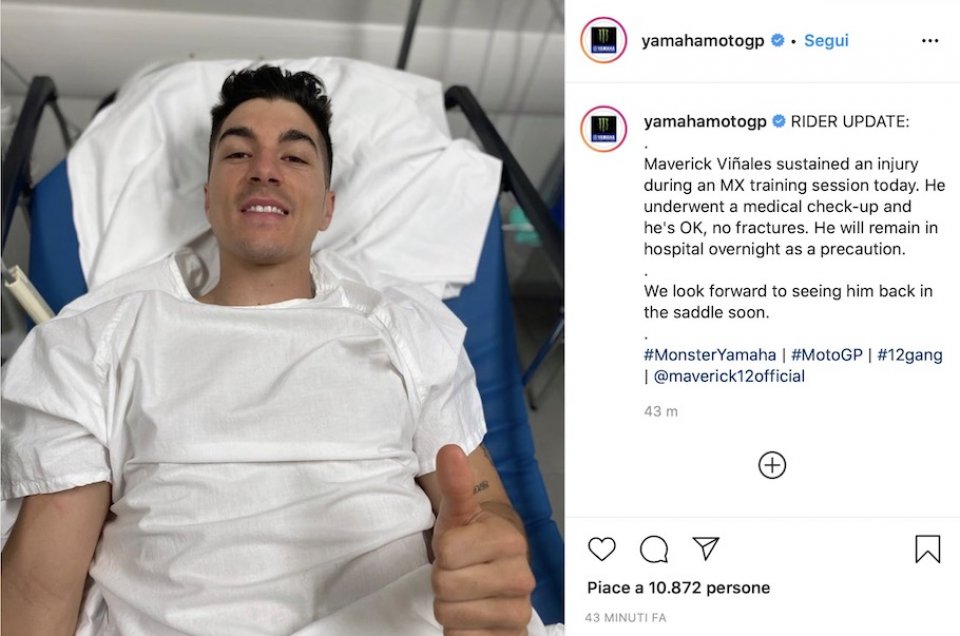 The MotoGP world championship has not yet started and will not start at least until May with the opening round at Jerez. It’s a complicated period for everyone and also for the riders who have to continue their race preparation training even in a period in which the races should be held. Thus, as well as those who do their preparation in the gym and those on a bicycle there are also riders who have chosen motocross such as Petrucci, Dovizioso and Valentino Rossi.

One of the fans of motocross on the MotoGP grid is Maverick Vinales who yesterday, following a crash in training, was taken to hospital for checks. No fractures and no major worries, but the Yamaha rider, however, remained under observation last night as a precaution.

"Maverick Viñales sustained an injury during an MX training session today – it read in a post on the official Yamaha page - He underwent a medical check-up and he’s OK, no fractures. He will remain in the hospital overnight as a precaution".