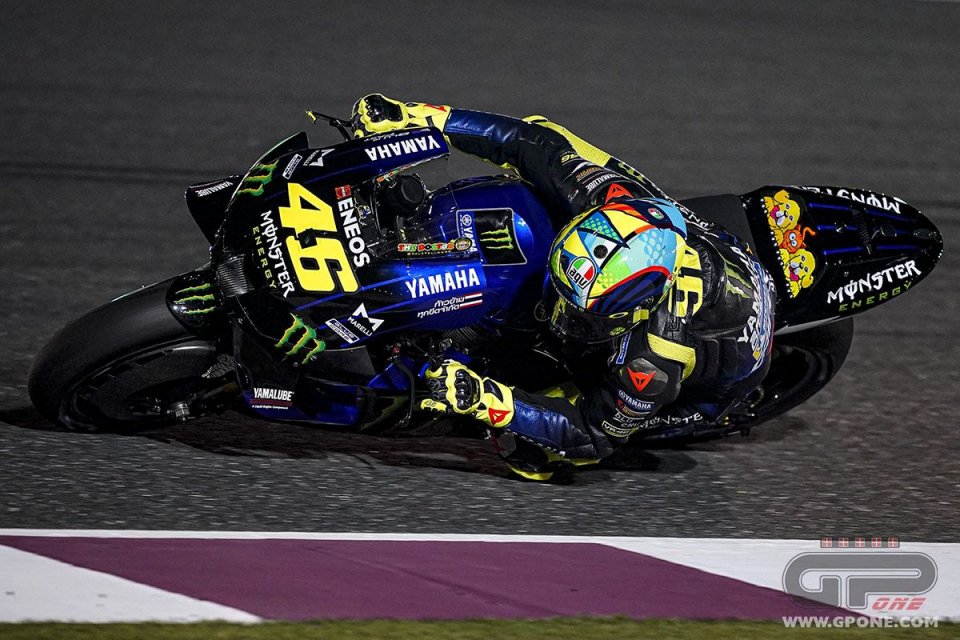 Valentino Rossi is satisfied at the end of the first day of testing in Losail. Throughout the entire first session he was among the fastest on the track and even on race pace he was never far from the top, who in this case was his teammate Maverick Vinales. The new Michelin adapts very well to the Yamaha and the 2020-spec engine has recovered a bit of the gap in terms of top speed compared to its rivals.

Everything looks positive therefore and the excellent indications in Sepang have been confirmed in Losail, on a different track and in very different climatic conditions. The new M1 is a step forward.

"It was a positive day - commented Rossi - we confirmed what we saw in Sepang. I finished in seventh place, but throughout the day I was consistently fast and I'm really happy about this. It seems that the bike has improved a lot compared to last season and also compared to the last test. We are working very well in the garage and we have been able to make progress. To fight for the win, I would need at least one or two tenths. Both to fight for pole in qualifying and in race pace. Some riders are faster than me, in particular Maverick who was very fast. But I have to say that I was faster than I was last year on my first day, so I have positive feelings about the bike".

Today you also tried Yamaha's holeshot device. How does it work?

"In this period the start in MotoGP is really very important. Our device does not make much difference, but even small differences can be crucial in order to not lose time in the early laps of the race. We have to fix other small things, but I’m looking forward to having it in the race."

In what aspects should the M1 take steps forward?

"We have to analyse all the data today to fully understand. There are some areas like braking where I have to improve a little bit, but as I said I feel good with the bike. My pace was not bad at all, if we improve just a little, we could be very happy".

The values ​​out on track seem closer than ever, even among the top guys. Does this mean there is now more equilibrium in MotoGP?

"Everyone is faster than last year. I too am already faster than I was in 2019. It seems that this year there are really many of us who are very close. Today in the top ten there is very little difference. But this time I feel much better with the bike and above all we are already fast on the straight. The bike also works much better with the new Michelins. I think I could be with the leading group. Of course, the tests are always a different story. We have to wait for the first race, especially the Sunday. Only on March 8th we will be in a better position to see how things really are. At the moment, however, I think we are competitive."

Is the engine a step forward?

"We have improved our top speed, but the gap remains very big compared to the others. We have to understand if we can keep the slipstream of bikes like the Ducati and the Honda for the whole race, because we never did last year. If the gap is lower and we will be able to keep the slipstream, I think things can change in the race. But as said before, we have to wait for March 8 to really understand it."

Is this already the 2020 M1 or there is something more on the way?

"We knew that the planned innovations would come in Malaysia, so here we can say that we have the complete 2020 Yamaha. The bike will certainly be this one, at least up to Barcelona. There are small things that we can still try, like the different suspensions and other stuff. But this is the bike."

What do you think of the new time schedule?

"In my opinion, the new schedule is not bad. At 6 pm it's already night, which is the important thing to do the race at night. It will be a little warmer than in the past and also not as dangerous, but I don't think it will change much compared to the past".

What do you think about Marc's decision to stay another 4 years with Honda? Did you think he would change teams?

"I wouldn't know to be honest. He decided to stay with Honda, and for four years which is also a bit strange. If that’s what he decided, he must have had his reasons."

It was a very good day also for Maverick Vinales, who finished with third quickest behind the Suzuki pairing but who really impressed for the consistency shown in race pace. The Spaniard has found a lot of serenity and seems to have a very positive approach. Probably the confidence he received from Yamaha for his future has made the Spaniard a lot more relaxed, and at the moment he seems to be one of the favourites for victory at Losail in the first round of the world championship. 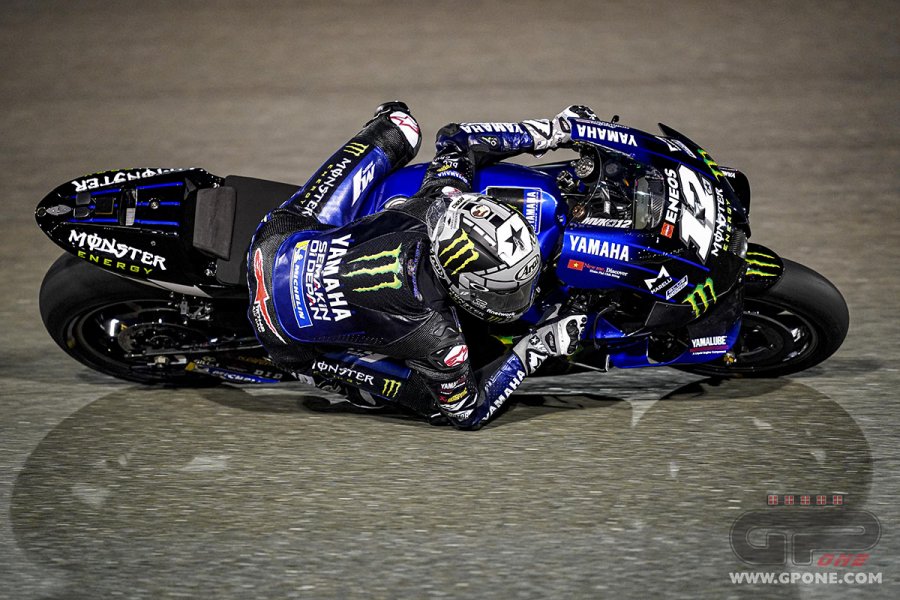 "I feel very good, but especially in the early laps - commented Maverick - compared to Sepang I have some more problems with the new bike in finding the right set-up. I have to do some more laps to get to know it better, and also to better understand the tyres. But I think that we are going in the right direction. The new bike is not too different from the previous one, but we have improved our top speed and we are faster than last year in some areas. This is really positive, because after a few laps we are close to the best level reached in 2019. The pace is already much better. We have to wait for the race, because only then can we really understand how things are. I’m feeling confident, even if other bikes, such as Suzuki, have taken steps forward. We are working very well."

Everyone says you are the fastest out there and the man to beat on race pace. Is this so?

"The others are also very fast. I am trying to ride in order to try and simulate the last laps of the race, I am trying to understand everything that happens during a race weekend. I always feel very good on this track, it is an excellent track for me. We are all doing a great job, both on the track and in the pits. I am calmer than in 2019. Last year I was often very angry, instead this year I am already calm and thinking about what we have to do. Today I focussed a lot on the components to try, on the things to decide. This was very important for me. It works like that in the races".

Did the contract give you the peace of mind you needed?

"It's not because of the contract. I had to be calmer even in the past, you always have to be calm and smart. When you get nervous you can't stay focused. Now I trust the team a lot, I feel what they are doing for me. I feel it is my duty to do my best also for them. I am perhaps the most important part, but the rest of the team is also very important. If I can push the others to the maximum, then I am also forced to give my best."

Ixon, the supplier of Aleix Espargarò's suit, has revealed data from his crash at Silverstone. The airbag deployed in 950 milliseconds
19 hours 9 min ago