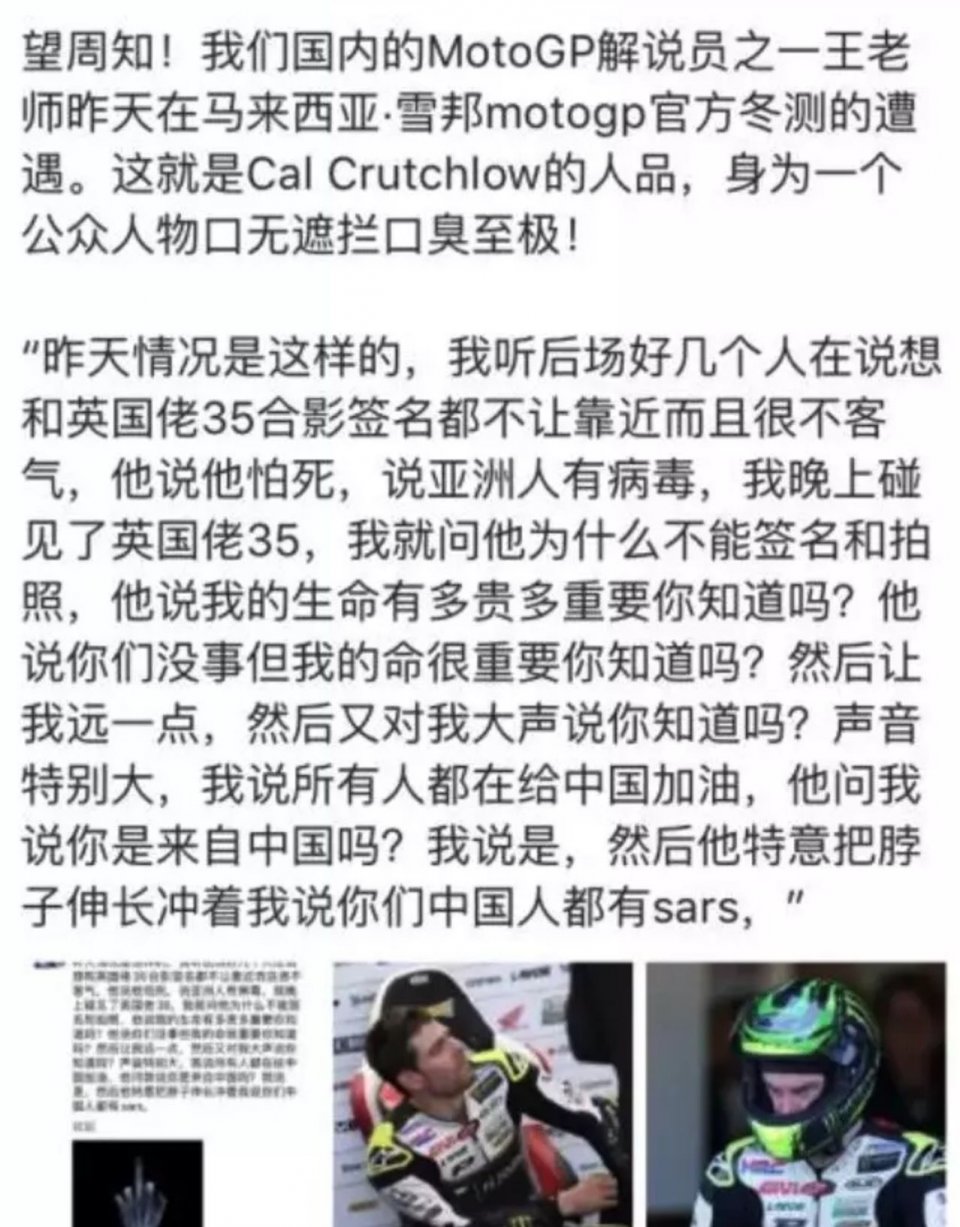 During the Sepang tests a group of fans probably did not understand the British humor of the LCR team rider who, apparently, perhaps because busy, snubbed them.

The result is that on a Chinese blog appeared this message:

"Recently, the GP drivers also did a pre-race session at the Sepang circuit in Malaysia, but something very sad happened and that even angered national and Asian fans. Cal Crutchlow rejected a request for signing group photo from a group of Chinese warning them that his life was precious and did not want to be infected by the virus!"

"Asians have viruses, you Chinese have Sars," apparently Cal said.

In the blog was also posted a video in which Marc Marquez, Alex Rins and Fabio Quartararo invite Chinese fans to keep on hanging in there.

We would like to assure our Asian friends that Crutchlow has the most bizarre character of the paddock: you don't know what Cal says to us Italians!

The important thing is to understand it and never get offended.

LAST - The team manager, Lucio Cecchinello, confirming the truthfulness of the meeting, has specified the following:

"Cal and the whole team, on the occasion of the test in Malaysia, received precise indications from me on health issues, precisely to avoid possible contagion. In 2017, in fact, I took Swine Flu in Qatar and had to stay in quarantine for two weeks. For this reason I invited the whole team to a 'health policy'. Among the indications I also included a ban, as far as possible, on shaking hands and, if necessary, on using antibacterial gels immediately afterwards. On the occasion described in the blog, Cal was not rude at all, but he only asked Dakota Mamola, his assistant, to bring him his own marker that he uses for autographs. On that occasion he simply made a joke, which was probably misunderstood".