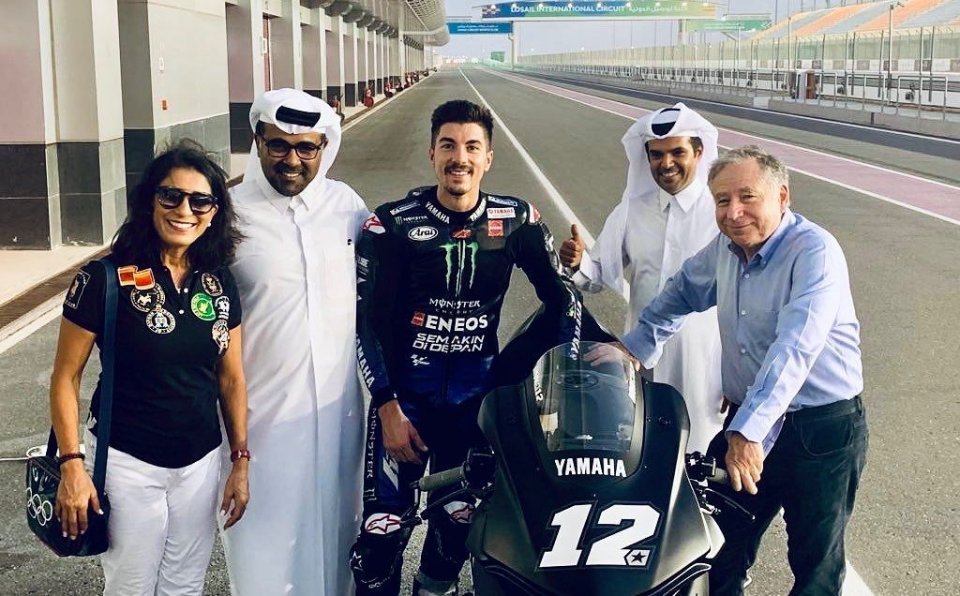 There are those who prefer snow-capped mountains, those who prefer a seaside climate, and those who would never give up the serenity of their own home. Instead, Maverick Vinales has somewhat surprisingly decided to move to Qatar. "Right now, it's really important to be in good condition," he explained in an interview with journalist Lee Meng Fei.

The Spanish Yamaha rider had already spent his Easter holidays in Losail, as a "professor" in the Qatar Motorsports Academy, offering his advice to young riders. This winter, he'll practically be "at home" in the circuit not far from Doha.

"Right now, I believe that I have to move forward both physically and mentally," Maverick explained. "I was able to see the facilities at the Academy, and I was impressed. I spoke to the circuit manager, and they'll open the doors for me whenever I want. I thought about the opportunity to train on a motorcycle even in winter, so I decided to move to Doha, when there's snow in Andorra.”

Vinales didn't wait long to move from words to deeds.

"I've already organized everything, and I'll be able to train with the coaches from the Academy. They're are really good, " he continued. "There are also expert riders who can help me. Most have raced in the World Championship. They're fast, and I need someone to push me. We overtake, we push each other to the ground, but we're still friends. It's like being in a race, with different bikes but with the same competitiveness. No one's perfect. We all have to improve every day, every lap. This is why I'm in the Academy."

Maverick is also collaborating with the Aspire Academy, also in Doha, which aims to develop young talents in all sports.

"We're starting to develop a program for riders, understanding the best exercises," he revealed. "It's very important because there is not one kind of sport that has the same characteristics as motorcycling. I started working with them under a psychological aspect, and I've already seen improvements. For example, now I'm able to stay calm when I'm in difficult times, not only when it comes to sports, but also in everyday life."