Jorge Lorenzo's future will be revealed today at 3pm, at the Valencia circuit. The Spanish champion has called for a special press conference, which will also be attended by Dorna CEO Carmelo Ezpeleta.

At this point, the most likely hypothesis is that Lorenzo will announce his retirement. The rumours about Jorge's future have been circulating for months and his recent race results haven't exactly inspired optimism. Although the man himself, and Honda management too, have said that they plan to respect the already signed 2020 contract, it appears that the adventure may be coming to an end.

If the Majorcan does decide to stop, there is no other ride available to him for next year. One option may be to take a year-long sabbatical, before returning to MotoGP in 2021.

Everything will be revealed in just a few hours' time. 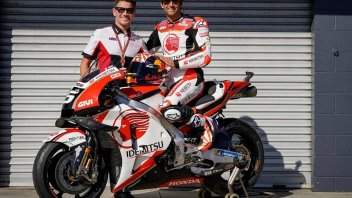 Cecchinello: "I think Lorenzo will decide after Valencia whether he'...
MotoGP
Moto2
Moto3
Sbk
MotoE
MotoAmerica

After winning the first instance of the trial brought by the two former custodians of the villa in Tavullia, the outcome has been reversed on appeal
4 days 59 min ago

Spaniard, Italian and New Zealander set for induction into the Hall of Fame in 2020 Jorge in Jerez, Maz at Mugello and Hugh later in the year
4 days 23 hours ago

Last week a member of the MotoGP family lost his life.Here are the details of his funeral and a link to a memorial fundraising page in honour of Gary
6 days 17 hours ago

The riders had complained about too many holes: new asphalt for Turns 1, 2, 9, and from 16 to 19, including the return straight.
1 week 22 hours ago