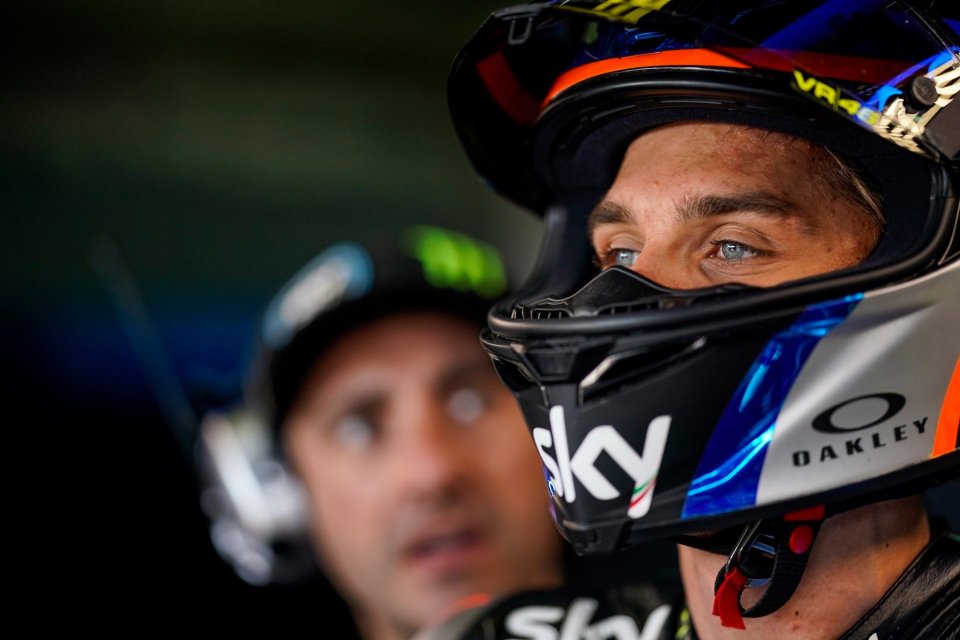 At EICMA there are the MotoGP riders, but also those from the Moto2, like Luca Marini, who visited the Milan Motorcycle Show held in Rho Fiera Milano on Friday. The Sky Racing Team VR46 rider has had a growing season. After a few problems he had at the beginning of the season, he was then able to reverse course and even managed to rediscover the taste of success.

Now that the Championship is coming to an end, it's time to take stock but, above all, it's an opportunity to flirt with a 2020 that's waiting for him just around the corner. And to throw the spanners in Alex Marquez's works.

"This year we failed to achieve the title, but we have another season to try again," said Marini. "Unfortunately, we had several ups and downs in 2019, like with the tires and engine, for example. Among other things, I started the season undergoing surgery in winter. I believe that, in the end, Marquez was able to do a good job, proving to be constant, unlike us. I think this is what gave him the title."

So the watchword for 2020 is "World Championship".

"We'll see. We have winter tests, as well as a long preparation awaiting us. I think we'll be on point, also because I won't have to have surgery like a year ago. We certainly can't be caught unprepared."

What's there to learn from someone like Alex Marquez?

"He and his team did a great job, so we need to have his constancy, just like Bagnaia did in 2018. In the end, it takes very little to make things turn out the right way."

How much has the level of this Moto2 been raised?

"It goes up every year, also because there are less bikes available in the MotoGP and there is a great confluence of fast riders in our category. I think that, with the innovations introduced this year, the situation has been fairly rebalanced, since all the teams had to start from scratch."

"Hard to say. We're still in 2019, and I can't afford to look too far ahead. I have to concentrate on each single race."

Some time ago, Valentino said he'd like to do a season with you in the MotoGP.

"He first has to renew, and I have to get into the MotoGP. There are so many pieces to fit together. Certainly, I'm not in a hurry to get into the MotoGP or even the need to win the Moto2 at all costs, to then try to make the leap. I love this category, since the rider can still make a difference, and I think you prepare yourself the best you can for the premier class."

You talked about fitting pieces together. How do you think it should be done?

"I should win all the races from March until June," he said smiling. "It'll be easier for Vale, since he only needs to decide to continue. He'll always find a place in the MotoGP, even if he stops for a year or two and then returns. More or less like Schumacher or Jordan did. In the end, they're legends. If they come back after stopping, they would always be at the top."

Luca-Valentino together in the MotoGP would even be a dream for mom Stefania.

"It's undoubtedly one of my goals, actually, a dream. Like I said before, there's the Moto2, a present I really like, and I want to make the most of it. In the end, I'm in a great team, and I can't wish for more."

One last word. You'll be in action in the Gulf 12 Hours in January. What can we expect?

"It's a special event that closes the season. I'm convinced that we'll have fun along with Vale and Uccio. And Uccio is training a lot to get into shape, " he said smiling. "So we'll try to give it our all."